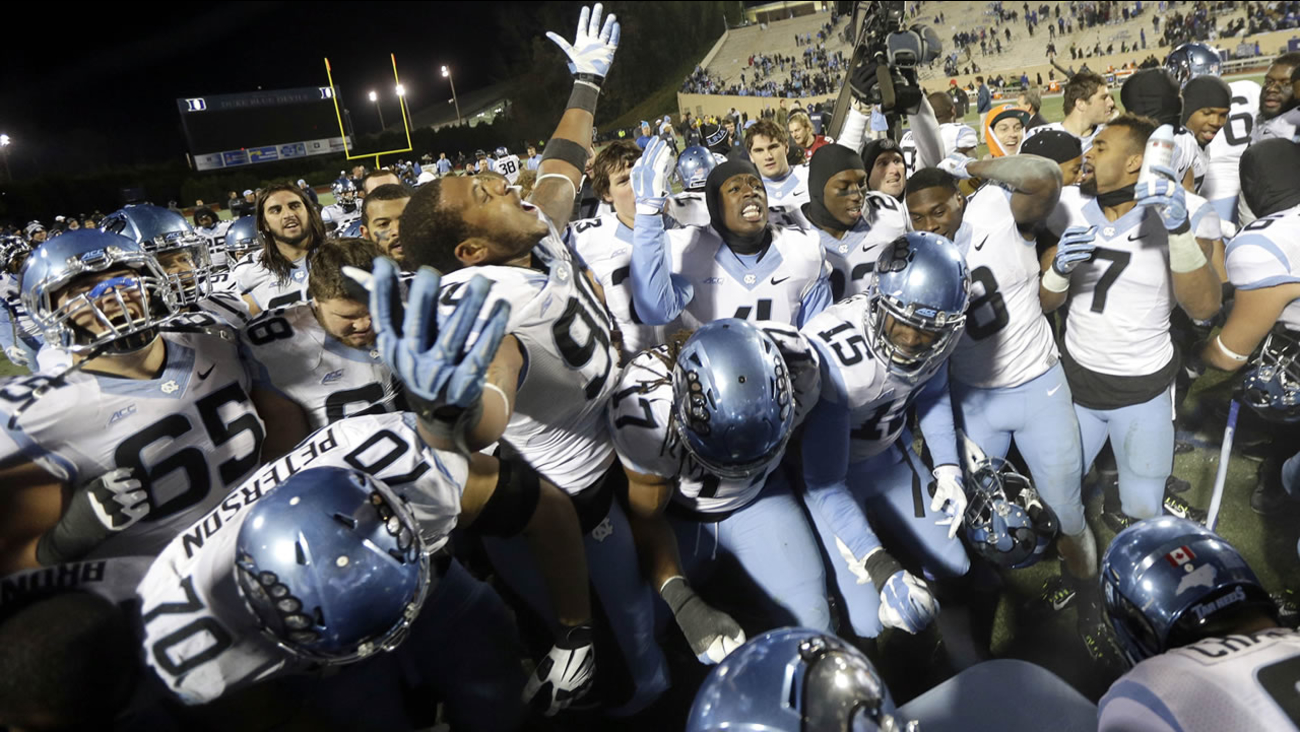 ORLANDO (WTVD) -- The University of North Carolina will play Baylor in the 2015 Russell Athletic Bowl.

Baylor: Started the season 8-0 but then lost three of its last four games after struggling with injuries at quarterback. The Bears have used four different quarterbacks this season.

North Carolina: Marquise Williams broke his own single-season program record for yards rushing by a quarterback in the team's loss to Clemson on Saturday. He has 867 yards through 13 games. He's just the fifth player in ACC history to have 10,000 career yards gained.