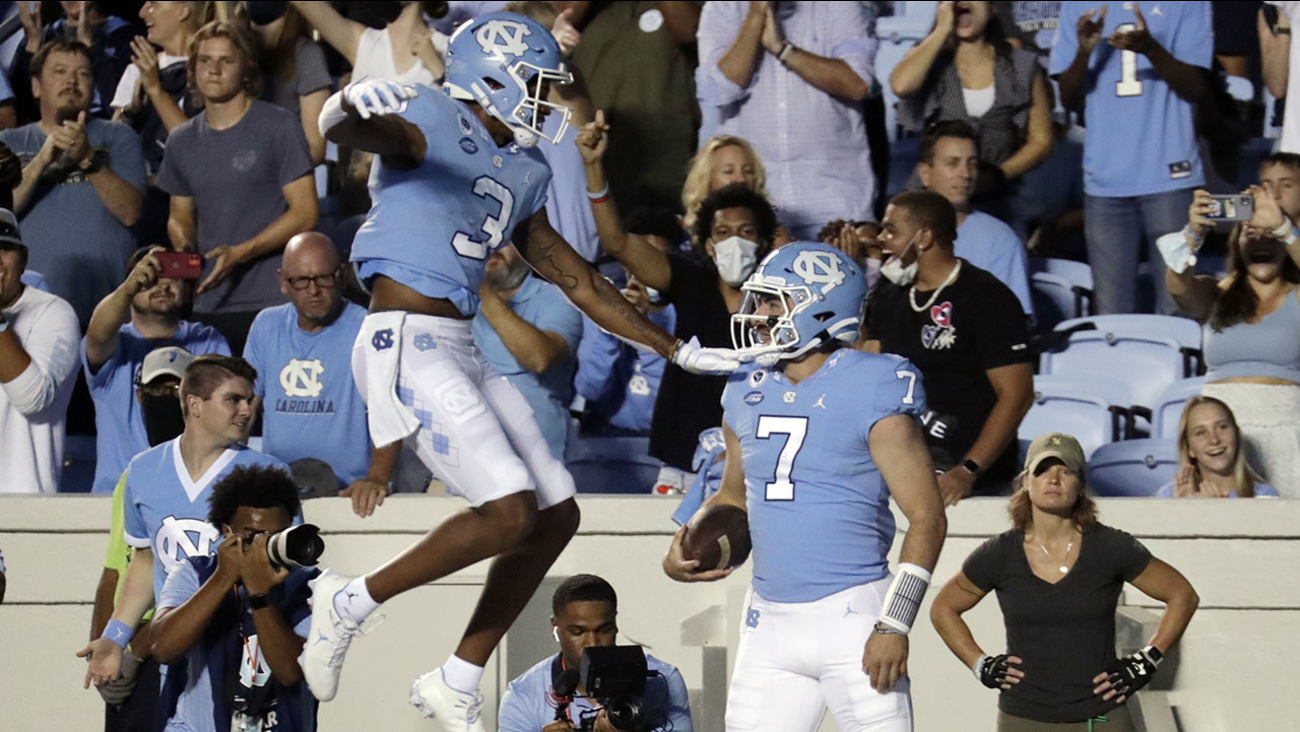 CHAPEL HILL, N.C. -- Sam Howell threw three touchdown passes and rushed for two more scores as No. 24 North Carolina shook off the disappointment of a loss in its opener with a 59-17 win over Georgia State on Saturday night.

Howell played a role in five of the Tar Heels' first seven touchdowns. He completed 21 of 29 passes for 352 yards without an interception. He was picked off three times in a 17-10 setback at Virginia Tech a week earlier in the team's opener.

"(It can be) a reality check," Howell said. "Go back to work and that's what we did. ... We were able to come out there in the second half and play Carolina football."

Howell's touchdown runs came on a 22-yard scramble for the game's first points, and on the junior's career-long 62-yard run in the final seconds of the third quarter.

"This one got out of hand late," North Carolina coach Mack Brown said. "But it was still a game at halftime. We had to work."

Fans were happy to be back, tailgating, cheering and even getting engaged. Michael Perchick reports.

North Carolina's lead was 24-10 midway through the third quarter before the Tar Heels (1-1) used a 28-point burst in about 9 minutes.

Tennessee transfer Ty Chandler scored his first TD for North Carolina on a 2-yard run in the third quarter.

Howell's touchdown throws in the first half came on a 57-yard connection with Antoine Green, and a 30-yard play to Emery Simmons. He threw for 5 yards to Josh Downs in the fourth quarter.

Howell became the second North Carolina player to collect 300 or more passing yards and 100-plus rushing yards in the same game. The other was Marquise Williams in a 2014 loss at Notre Dame.

The Tar Heels need to develop receiving targets other than Downs. So with Green piling up 117 receiving yards on three catches, he showed the ability to be a deep threat.

"I think it's something we can build off," Green said of big gains in the passing attack. "It definitely boosted my confidence."

The Tar Heels were more productive than in their opener, but concerns regarding the offensive line surfaced again. They had only 33 first-half rushing yards, in part because of a pair of sacks allowed.