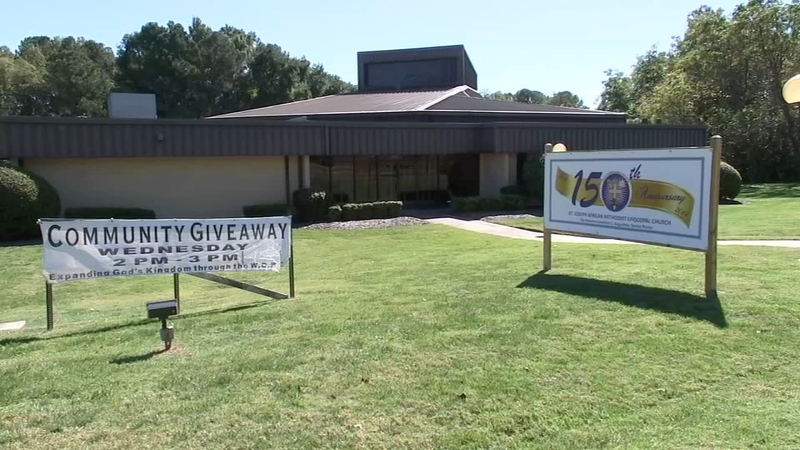 DURHAM, N.C. (WTVD) -- In 1868, Rev. Edian Markum and his wife Molly moved from Elizabeth City to Durham to start a ministry.

With just six members in a log cabin in 1869, Union Bethel AME Church was formed the same year as the city of Durham.

"We're very proud of our legacy," Reginald Johnson says St. Joesph's AME has a heritage rooted in faith and civil and social justice. Johnson is a member of St. Joseph's African Methodist Episcopal Church, who also serves on its historical foundation board. "This is hallowed ground."

"We've stayed around for so long because we are the community. The community is us," Johnson said.

During the era of Jim Crow and the Civil Rights Movement, Johnson says, St. Joseph's was the place where civil rights leaders met and prayed before marches and demonstrations in the city.

In 1976, the church moved further down Fayetteville Road to its current location and most recently under new leadership.

This Summer, they welcomed presidential candidate Kamala Harris, where she spoke during St. Joseph's launch of Social Justice Sundays, an effort to highlight and organize the community around social justice issues.

A tradition this 700-member church has woven into the fabric of Durham that celebrates 150 years.

"With the city's growth so is the church's growth. We've been there every step of the way," Johnson stated.