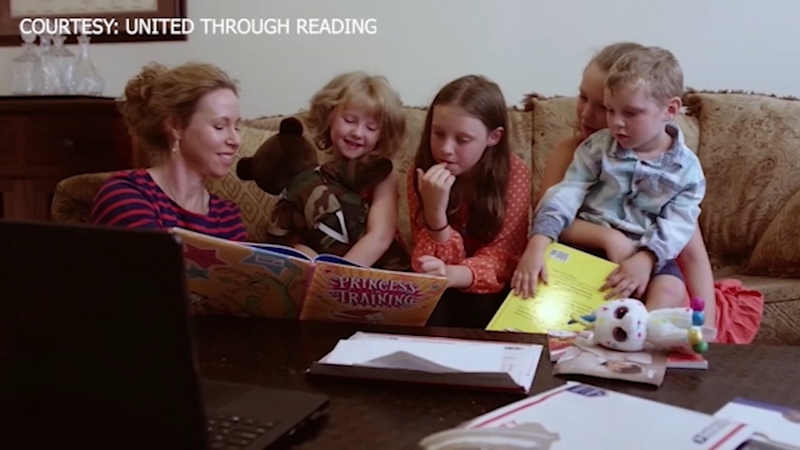 FORT BRAGG, N.C. (WTVD) -- April is the Month of the Military Child and for many military children in the area, the recent deployments have been especially hard. But a nonprofit group is helping keep military families connected even though one member may be thousands of miles away.

On Fort Bragg, the Operation Hero program teaches military children a variety of skills, such as coping with a parent being deployed and dealing with the emotions that go along with it.

Especially for those who have parents deployed to Poland as tensions escalate in Ukraine.

"The hardest thing for deployment when it comes to my kids is the day-to-day," said Jill Saslav.

Saslav is an Army wife and mother of two who has dealt with deployments for 22 years and understands it's the little moments her children miss the most.

"They are so used to their dad being there, and I think nighttime is the hardest time especially when they look over across the table and they see an empty chair," Saslav said.

It's especially hard when their dad isn't there to read them a bedtime story and tuck them in.

"There is no end date necessarily," Saslav said. "It's an open-ended deployment so as a parent, we don't even have that to rely on."

But for more than 30 years, United Through Reading has helped close that distance, by letting soldiers record themselves reading their children's favorite bedtime stories so they can read their favorite book with their parents even though they are thousands of miles away.

Zoll said the connection between a child and parent is vital to healthy emotions and development; something kids can struggle with during deployment.

"It helps the service member who is separated even if they aren't at home and the parent or caretaker because they also feel supported by their spouse who is deployed," Zoll said.

Saslav said the program has been a staple in her family and now that it is available on Fort Bragg, she hopes others will take advantage.

"You still didn't miss that connection that night -- the last person that child saw that night was their dad or their mom," Saslav said. "To say good night, what you would do normally if they were home."