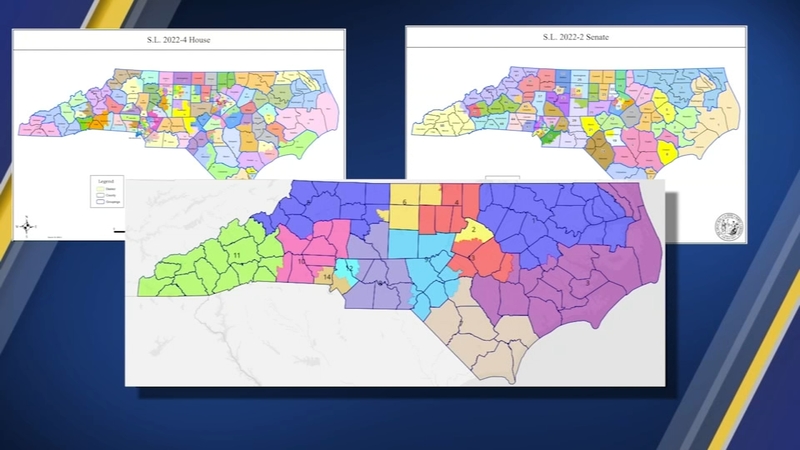 WASHINGTON, N.C. -- In a victory for Democrats, the Supreme Court has turned away efforts from Republicans in North Carolina and Pennsylvania to block state court-ordered congressional districting plans.

In separate orders late Monday, the justices are allowing maps selected by each state's Supreme Court to be in effect for the 2022 elections. Those maps are more favorable to Democrats than the ones drawn by the states' legislatures.

In North Carolina, the map most likely will give Democrats an additional House seat in 2023.

"We are disappointed in the U.S. Supreme Court's decision allowing elections under a Congressional map drawn by the conflict-ridden special masters to continue," North Carolina Senate Leader Phil Berger, R-Rockingham, said. "While we're focusing on the 2022 elections, we will continue to evaluate this decision and next steps in this case."

The Pennsylvania map also probably will lead to the election of more Democrats, the Republicans say, as the two parties battle for control of the U.S. House of Representatives in the midterm elections in November.

While the court did not stop the court-ordered plans from being used in this year's elections, four conservative justices indicated they want it to confront an issue that could dramatically limit the power of state courts over federal elections in the future. The Republicans argued that state courts lack the authority to second-guess legislatures' decisions about the conduct of elections for Congress and the presidency.

"We will have to resolve this question sooner or later, and the sooner we do so, the better. This case presented a good opportunity to consider the issue, but unfortunately, the court has again found the occasion inopportune," Justice Samuel Alito wrote in a dissent from the Supreme Court's order, joined by Justices Neil Gorsuch and Clarence Thomas.

Justice Brett Kavanaugh made a similar point but said he didn't want to interfere in this year's electoral process, which already is underway. The filing deadline in North Carolina was Friday.