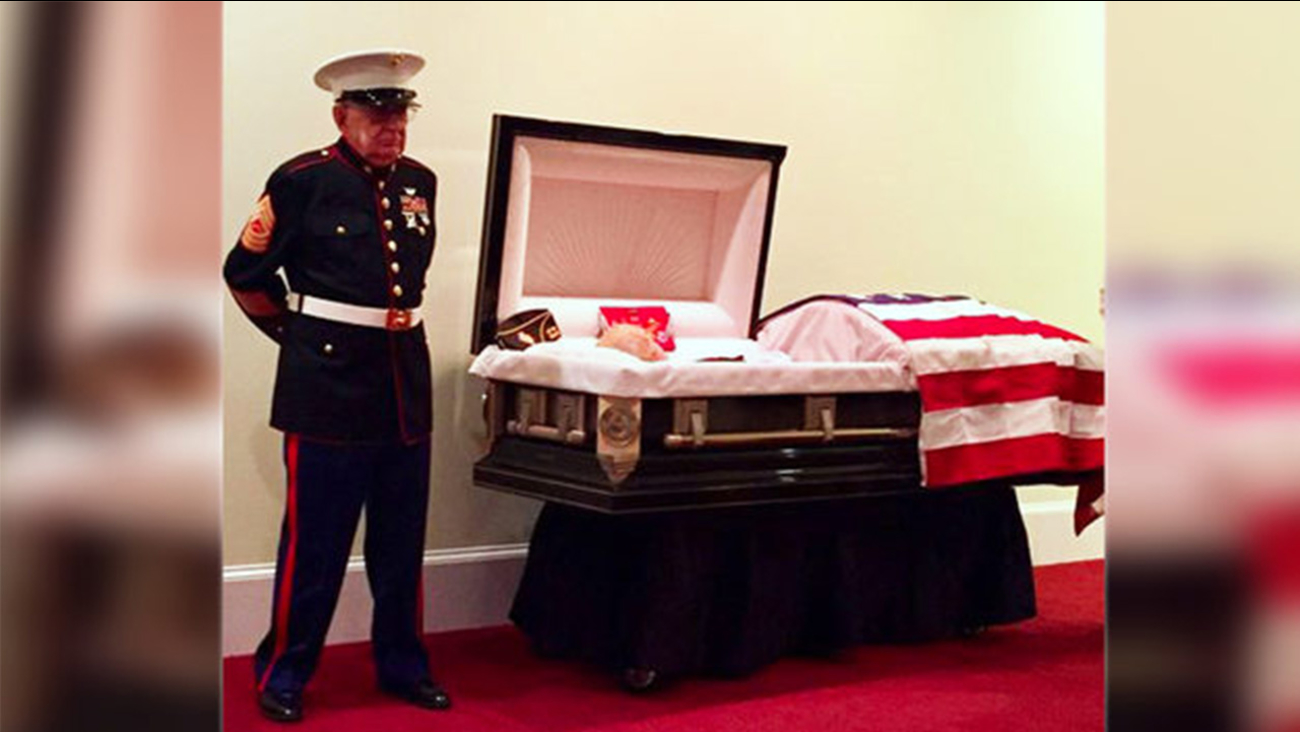 GREENVILLE, South Carolina -- Two brothers in arms made a pact almost 50 years ago that lasted until the day one of them died.

On New Years Eve in 1968, Master Sgt. William Cox and First Sgt. James Hollingsworth were hunkered down in a bunker in the Marble Mountains of Vietnam.

As they feared for their lives, they created a pact - if they survived, they would touch base every year on New Years, the Greenville News reported.

The men made it out alive and their lifelong promise began.

As the calendar added the years, Cox eventually found out his buddy was terminally ill.

And when the time was right, Hollingsworth had one final request for his military brother - to give the eulogy at his funeral.

And when the time came earlier this year, Cox fulfilled his final mission to his friend of five decades. Cox's final message to his brother was a saying that had after every mission, "Hollie, you keep 'em flying, and I'll keep 'em firing,"

---------------------------
ABC11 has decided to slowly reduce the number of stories on the website that have a comments section. We believe very strongly that our audience should have an opportunity to discuss and debate events in our world, however, we have not been able to moderate the comments as well as we would like. Instead of hosting a platform that could allow a few loud and ugly voices to dominate a conversation, we want to encourage everyone to join us on our social media platforms and speak out there. Facebook: facebook.com/ABC11 Twitter: twitter.com/ABC11_WTVD
Report a correction or typo
Related topics:
societysouth carolinavietnam warveteransmilitarytrending
TOP STORIES
Residents regroup after wild storms cause damage across the region
Durham police investigate fatal shooting, crash along NC 55
'We sinned': Southern Baptist leaders react to report on sexual abuse
Congresswoman announces $3M for strollway between Chavis, Dix parks
Johnny Depp, Amber Heard trial: Kate Moss expected to testify
NFL QB Dwayne Haskins legally drunk when he was hit, autopsy shows
Duke pediatrician warns about baby formula shortage impact
Show More
Homeless veterans get an assist from Durham's Rotary Club
Truck slams into NC woman's new home
Supreme Court ruling results in 'tragic loss' for death row inmates
Shelf cloud seen in Raleigh ahead of line of storms
New NC flood monitoring system ready for next big storm
More TOP STORIES News