Cary resident took up cycling to lose weight; now he rides for victory over cancer 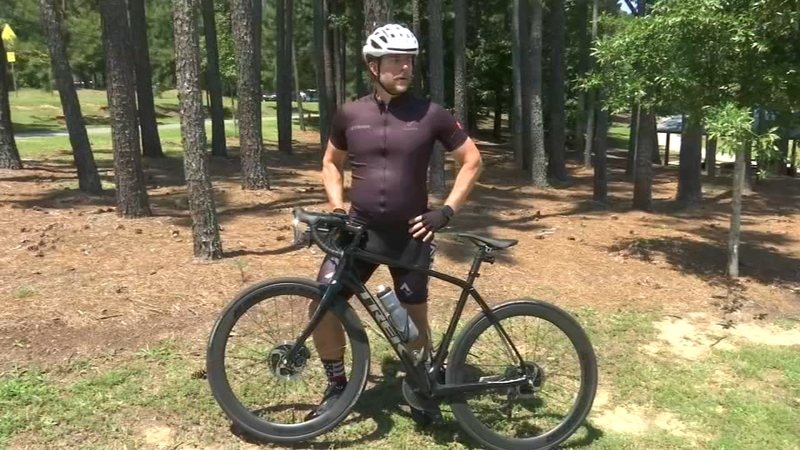 CARY, N.C. (WTVD) -- The annual Victory Ride is the main event for the V Foundation in the Triangle. Cyclists raise money and ride between 10 and 100 miles to help fight cancer and fund research.

Cary resident Matt Flippin recently rekindled a love of the sport after decades of not touching a bike. It started as a way to get outside for some fitness during the COVID-19 pandemic.

"Bought a used bike," he said. "Was able to find one on Facebook before they were all gone and just started riding."

Flippin lost 20 pounds and participated in a virtual version of the Victory Ride last year. Involvement this time around has added meaning. One that is tough to talk about.

"My sister, she passed away in April," he said.

Michelle Flippin Scicli was just 57 years old. Five years ago, she got breast cancer. Two years in remission, Michelle thought she beat it. Cruelly, it spread to her liver.

"When they found it it was stage four ... and she fought. She was a fighter," Flippin said. "Doing the fundraiser is just an amazing way to do my part and do whatever I can do to for cancer research in general."

Two weeks after Michelle died, and riding with a new purpose came another big twist: Flippin was hit by a car going through an intersection.

"The car hit my midsection of my frame," he said. "That was kind of right after I had decided, I really want to train, get better and get faster."

Having blacked out -- his next memory is of looking at the sky. Somehow, he escaped serious injury which brought on another level of emotion.

"Knowing that, you know, I have a lot of people in heaven. Angels watching out for me. Some people don't walk away from that," he said. "I know people who have permanent serious injuries being hit by car going half as fast."

After a few weeks to heal and find a new bike, Flippin is back in the saddle and knows his sister would be proud of his effort.

"We can't beat cancer without everyone helping," he said. "And I don't know if I'm ever going to get it or if my wife will get it or our kids. We all have to battle now."