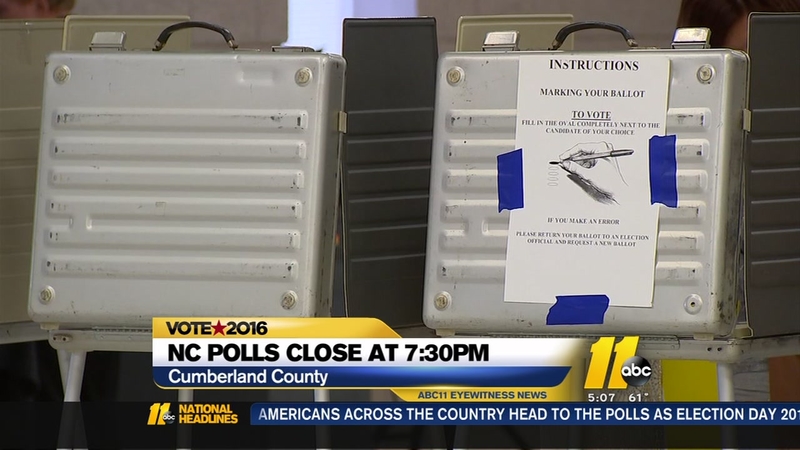 CUMBERLAND COUNTY, N.C. (WTVD) -- Election officials in Cumberland County say there have been a number of voting problems Tuesday.

At the Cliffdale Road Church location, several voters said it was hard to find the entrance due to road construction. One voter was so frustrated she turned around and went home.

At the Kiwanis Recreation Center, 40 - 50 voters were turned away after they received a flyer with a misprint giving the wrong voting location address. They were eventually sent to the right spot.

Elsewhere in the county, a 71-year-old man had tried to vote early but couldn't. When he showed up to vote Tuesday to cast a paper ballot, workers told him he had already voted. He was able to cast a provisional ballot.

About 40 percent of registered voters have already voted early, but campaign workers at several polling locations told ABC11 they have seen a steady stream of voters all day.