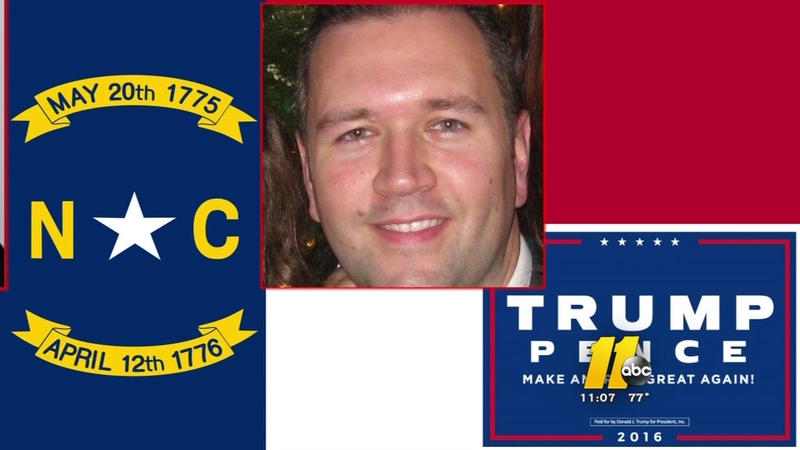 Trump has a new point man in NC

The move comes as Hillary Clinton's running mate, Tim Kaine swung through Greensboro on Wednesday and came out swinging against Trump.

"We cannot afford to believe Donald Trump, not one word of what Donald trump says," Kaine told a crowd of about 500 people packed inside the old Greensboro train depot.

Kaine was trying to win over North Carolina swing voters with a message that Clinton not Trump is better on jobs and the economy.

ABC11 spoke by phone with NC GOP Chairman, Robin Hayes, who blasted Kaine's past economic record as governor of Virginia.

At the same time Hayes is trying to convince the non-traditional Trump campaign that to win North Carolina, Trump needs to invest more here on its get-out-the-vote effort.

"When (the Trump campaign doesn't) have the ground game put together and they don't have the field operatives in various areas, than it's kind of hard to coordinate," Hayes said.

There is great unity in my campaign, perhaps greater than ever before. I want to thank everyone for your tremendous support. Beat Crooked H!

Trump has tapped Jason Simmons to take over. Simmons is a veteran of Mitt Romney's 2012 North Carolina campaign team which eked out a Tar Heel State victory over President Obama in their general election matchup.

Hayes is confident Simmons can turn things around.

"Basically (NC GOP does) the field work for when Donald Trump or Mike Pence comes to town. They need to sort of take that over," Hayes said.

Even with Trump's ground game struggles in North Carolina, he only trails Clinton by half a point here in the Real Clear Politics average of recent polls.

Mike Pence is hoping to boost that number when he visits Raleigh for a campaign town hall on Thursday morning. The event begins at 9 a.m.