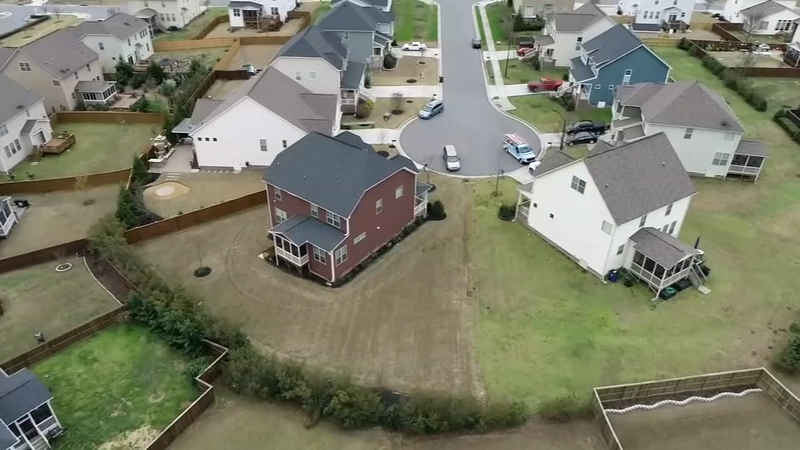 No property tax hike in Wake County's $1.56B budget proposal

RALEIGH (WTVD) -- While presenting his $1.56 billion budget proposal, Wake County Manager David Ellis said his team, providing services to the third fastest growing county in the nation, has been too lean for too long.

Even though Ellis is calling for increases in spending on things like public health needs, public safety, and even early voting ahead of the March primary, his proposal does not include a hike in property taxes to pay for it.

Instead, Ellis said his team was pleasantly surprised when, despite the COVID-19 pandemic and projections of budget shortfalls likened to the Great Recession, just the opposite happened.

Wake County gets nearly all of its cash flow -- 93 percent of its revenue -- from property tax, sales tax, and service fees.

Ellis anticipated Wake County's red hot housing market would cool, homeowners would delay projects and therefore reduce the need for inspections and permits, and people would save their money instead of spend it.

"So you can see why we wanted to be prepared for the worst," Ellis said. "The good news is, the worst didn't happen."

He noted home sales continued to climb, demand for inspections and permits are up, and people are still spending their money through online and curbside shopping.

Projected revenues for Fiscal Year 2021 are coming in at 5 percent over budget and the Wake County manager credited federal stimulus checks, and money received through the federal CARES Act and American Rescue Plan.

"All those funds aren't gonna be there," said Ellis. "This may be the last round of stimulus checks so we want to be cautious going forward and not assume all this spending will continue."

He said his team took all of this into consideration when writing the $1.56 billion budget proposal that leaves the property tax rate at 60 cents per every $100 of property value.

"I'm pleased to say it does not include a property tax increase for our general fund," Ellis said.

Ellis is calling for an increase in public health spending, preparing for the next disease outbreak and longer-term public health-related needs.

The budget calls for a 4.1 percent increase in spending on things like human services, housing, food security and behavioral health programs, with a total of $221 million, making up 14 percent of the budget.

Adding two ambulances, eight EMT's to run them, and 16 positions to the Wake County Sheriff's Office, the budget raises spending on public safety by 3.4 percent, to $162 million.

Citing the record-setting turnout in the 2020 General Election, Ellis said more resources need to be put toward the March Primary.

He wants to spend $9.5 million on elections, including an increased stipend for early voting and Election Day workers of $15 an hour.

More than half the budget would go toward education with $890 million to pay for things like new and existing early education programs, Wake County Public School System needs, and Wake Tech Community College.