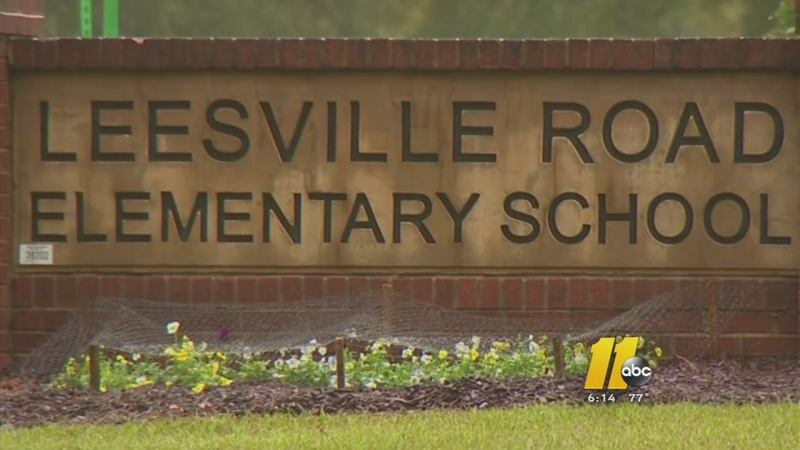 RALEIGH (WTVD) -- A Wake County Schools rezoning proposal is driving dozens of parents to the breaking point in north Raleigh.

The district is trying to keep up with growth and alleviate over-crowding concerns by rezoning students to fill five new schools set to open in Fall 2016. Many students currently enrolled at Leesville Road Elementary in Raleigh would be rezoned for the new Pleasant Grove Elementary School in Cary.

Leesville Elementary PTA President Sherry Gentry-Gasper's kindergarten student would be rezoned under the initial proposal. She said the move would limit her ability to be as involved in her child's education as she is now since she currently lives a mile from Leesville's campus.

"Parents that move here, they start volunteering in kindergarten. They volunteer until their kids graduate from high school at Leesville," she said. "It's not something that I can sustain doing if my child is that far away."

Even the ones who aren't being told to move schools worry about what will become of their beloved Leesville, where parents donate, tutor, and support each others kids.

"We provide them with school supplies. We help them in the classroom, and when we lose parents who support those kids, we're all going to do worse," said Lauren Noyes, Leesville Elementary parent.

Dees said the county is running out of ideal space to build new schools. Pleasant Grove Elementary is going up next to RDU and Umstead Park, two areas where neighborhoods do not exist, but the county has to keep up with growth, especially at Leesville that is currently at 49-percent overcapacity.

Dees said the district is taking parent feedback from an online discussion board into consideration and drafting a second version of its rezoning proposal. Until then, he hopes parents can look at the bright side.

"The opportunity to start at a brand new school, a brand new facility, is a great opportunity for students and families you can kind of create the culture there," he said.

Gentry-Gasper said she and other parents have worked hard to build a strong community at Leesville, and they plan to fight to stay right where they are.

"Parents love it. The students love it. They're thriving," she said. "And I don't think the end goal of just filling a school that is not strategically built for this community, I don't know if that's the right long-term plan."

WCPSS staff plan to unveil the second draft of the rezoning plan at the school board's Oct. 6 meeting. They hope to have school board members vote on a final version in early December.