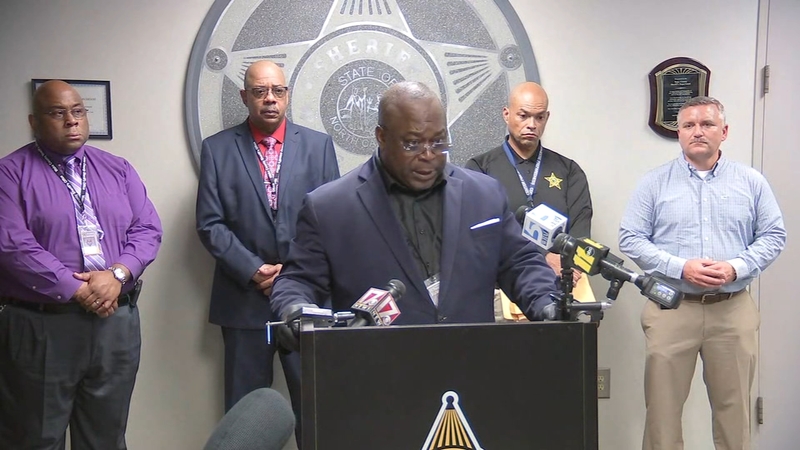 Baker said his office was working "diligently" to keep illegal drugs and contraband out of the prison system.

"We're looking now to get the body scanning equipment much like the airport," Baker said. "The last thing we need is drugs inside the jail like it's a regular thing."

The sheriff cited the example of a man who had been brought in Wednesday on domestic violence charges.

He said detention officers conducting a search became suspicious that the suspect had something hidden in his body cavities.

Baker said the suspect refused to comply with requests to remove the suspected contraband so officers obtained a search warrant and took him to a hospital where a lower-body cavity search revealed the presence of an illegal substance.

Baker said 20 grams of crack cocaine was removed from his body and the suspect was charged with felony possession with intent to sell and deliver cocaine and possession of a controlled substance in a jail or prison and two counts of resist/obstruct/delay.

The sheriff said the body-scanning equipment would reduce the need for such procedures.

"The reason I'm wanting everyone to make sure what we're dealing with is we are trying to keep contraband and illegal substances out of our jails."

The sheriff said, "we do a pretty good job of that" and decided to make the announcement because he said the public had a right to know what was going on in his office and the criminal justice system.

Baker hopes to have the equipment before the end of the year and said it will be placed at both Wake County detention facilities.