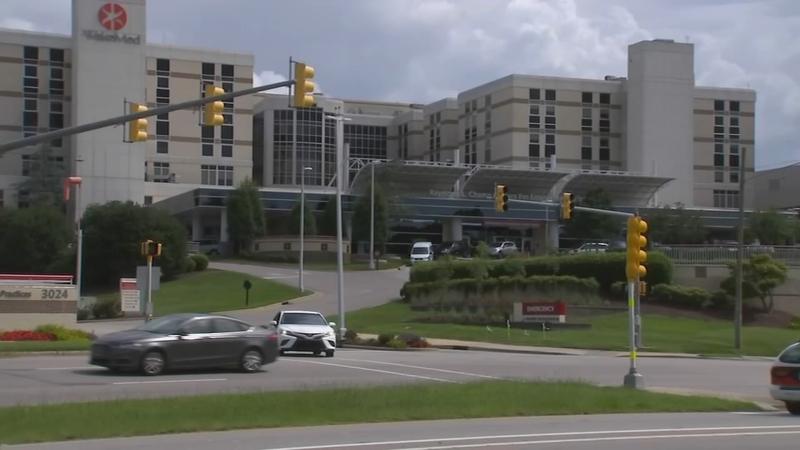 RALEIGH, N.C. (WTVD) -- WakeMed and UnitedHealthcare are continuing negotiations after a contract between both sides expired Wednesday, impacting approximately 20,000 patients.

"Twenty-four hours in advance I have to cancel the appointments so that I don't be charged out of network fees. And then I'm holding on to the appointments just in case an agreement comes together," said Lee Lenahan, a WakeMed patient who has UnitedHealthcare.

Lenahan and her husband are both retired and on Medicare; he has dementia and long-term diabetes.

"I'm a full-time caregiver now for my husband. That's my choice," Lenahan explained.

She noted that it limits her ability to find a job that could offer a different healthcare plan. It's led to concerns about the potential future appointments and visits that won't be covered should they stay with the same providers.

WakeMed and United Healthcare have placed the blame on each other for allowing the contract to expire.

In a statement to ABC 11, United Healthcare wrote:

"Based on WakeMed's actions over the past several months, we can only assume it was always the health system's intent to disrupt access to care for North Carolinians. We've made numerous attempts to compromise and find solutions as part of good-faith negotiations. Unfortunately, WakeMed chose to cancel our contract, declined our offer to extend our current agreement, and never countered the multiple rate proposals we've provided since December. We will stay at the negotiating table as long as it takes to renew our relationship. We urge WakeMed to join us there and work toward a solution that is in everyone's best interests."

United Healthcare said all but five hospitals in the state participate in their Medicaid network, three of which are WakeMed facilities. They alleged WakeMed requested a 20% rate hike in the first year of the contract.

"There's been no rate increase through that time period. A lot has happened in healthcare and around inflation and other costs. And you combine that with the denials of care that we actually provide - that's a scenario that's not really tenable to continue with UnitedHealthcare in that regard," said Dr. Seth Brody, Chief Physician Executive and Executive Vice President at WakeMed.

Brody added their main focus was not on rates, but issues with the claims approval process.

"They deny, this is care that's already provided, they deny reimbursement around medically necessary care, care that's determined by the physician and the patient - they deny five times or more than all the other payers. So those denials are really significant, it makes them an outlier. United has not really moved in a meaningful way around defining their policies and procedures they utilize to define the way they decline these claims," said Dr. Seth Brody, Chief Physician Executive and Executive Vice President at WakeMed.

United Healthcare reported that over the past 12 months, they approved nearly 90% of claims from WakeMed. Of the rejected claims, they stated the bulk were due to administrative errors on WakeMed's part. While Brody acknowledged human errors do happen, it does not account for the large gap compared to other insurers.

Despite the impasse, Brody said there are some services which will not be impacted.

"There is continuity of care clauses that can be fulfilled so our patients can call United Healthcare and see if they qualify for continuity of care. So, if you have ongoing treatment, that can be covered. All emergency services are covered at WakeMed under the No Surprises Act that the government passed in January. UnitedHealthcare has to cover you for emergency services. There are scenarios where continuity (of care) also applies to pregnancy. So, if you're second or third trimester, you're able to continue forward and have services at WakeMed," Brody said.