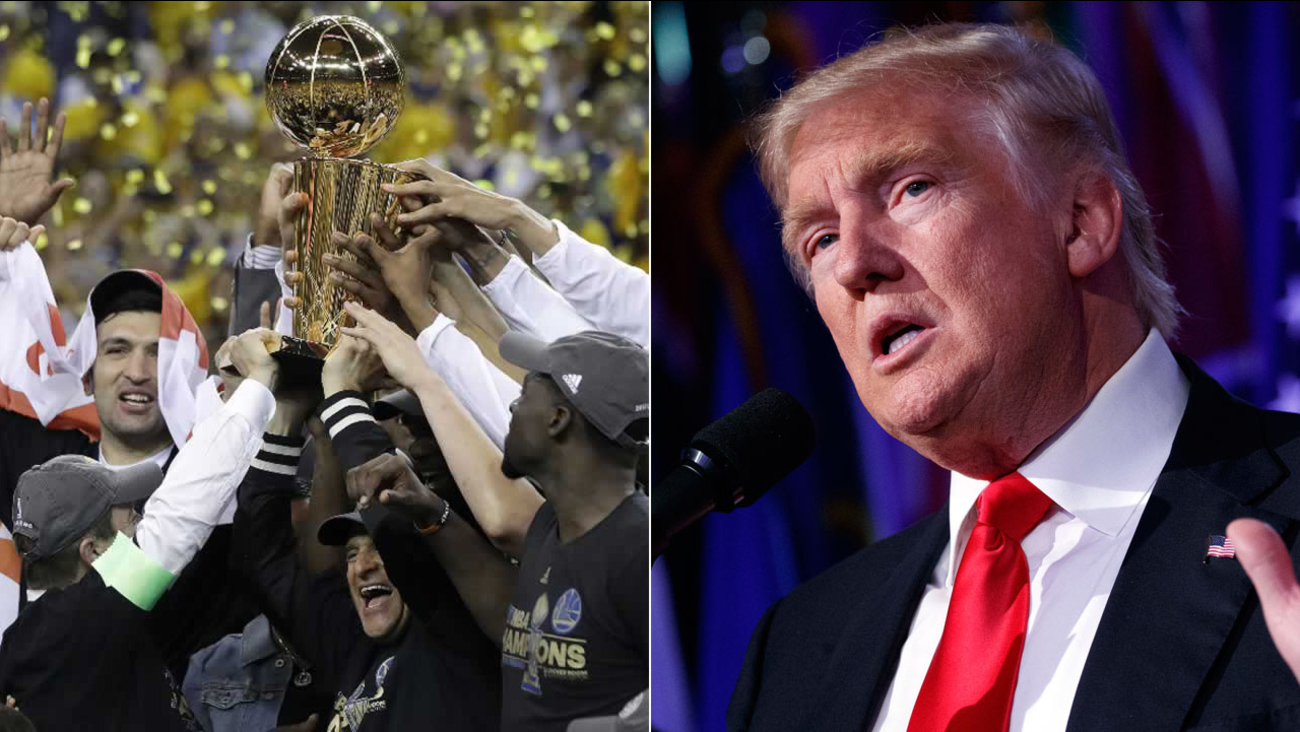 OAKLAND, California -- The Golden State Warriors are basking in the glow of another NBA championship, but there are questions about a possible White House visit.

There were reports early Tuesday that the team would decline a White House visit, but the team is denying that. In a written statement, the Dubs say they have not received an invitation yet:

"Today is all about celebrating our championship. We have not received an invitation to the White House, but will make those decisions when and if necessary."


Head coach Steve Kerr and Stephen Curry have been critical of President Trump in the past.

In January, Kerr called the administration's travel ban a "horrible idea" and likened Trump's campaign to "The Jerry Springer Show."

Earlier in the season, Curry, responding to Under Armour CEO Under Armour CEO Kevin Plank calling President Donald Trump an "asset" to the United States, jokingly said that he agreed -- if you remove "the ET from asset."

Curry said Under Armour working with Trump doesn't impact his deal with the company and that he is more concerned about it adopting Trump's values.