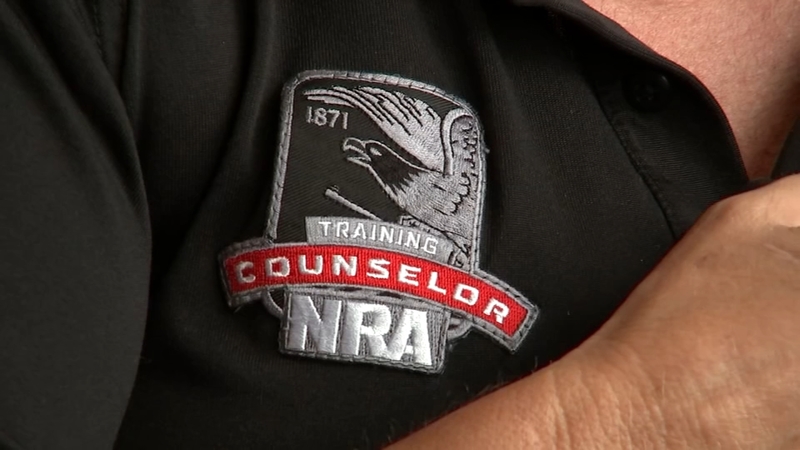 And they believe the law will lead to abuse and the stripping of guns from law-abiding people.

"If there is evil in the heart of man -- he is going to express it. And no law is going to stop that," said Rhonda Allen, a gun-rights advocate.

Allen, who is from Wendell, trains gun owners how to defend themselves.

She said she is sick and tired of lawmakers and gun-reform advocates going after her Second-Amendment rights.

"It makes me angry. It's not fair," Allen said.

Her concerns have increased after new calls for gun control following the massacres in El Paso, Texas, and Dayton, Ohio.

"A certain segment of society are operating from a place of fear and ignorance about the firearm," Allen said. "That's just one tool of many that can be used to harm others."

NC House Bill 454, also known as the Red Flag Law, would empower people to petition a judge to temporarily remove a gun from someone showing suicidal or threatening behavior.

RELATED: ABC11 360: Gun laws in the United States and in North Carolina

President Donald Trump agrees with the proposed law, which is already in effect in 15 states and Washington D.C.

Gun-control advocates in North Carolina say more background checks are needed, and the Red Flag Law is a step in the right direction.

"We have a responsibility to keep our kids safe," said Aaron Wolff, a survivor of the Virginia Tech Shooting.

He attended a rally during the weekend calling on lawmakers to take action.

"Whatever we have done at this point has not been enough. It now seems now we have people who are motivated by hate," Wolff said. "We need people in office who have the courage and the conviction to do the right thing."

Allen said she understands the reasoning behind Red Flag Laws.

"I agree with the concept but you don't need another law on the books to use your good common sense when you see something is wrong," Allen said.

It has stalled in committee.

This week, she's fighting to bring it to the House Floor for a vote.

"I think a discharge petition -- bringing up the ability to debate this bill -- no matter what the vote is at the end, people of North Carolina have the right to have this bill heard, fully debated, and vote up or down," Morey said.

Gun advocates worry the Red Flag law would be abused.