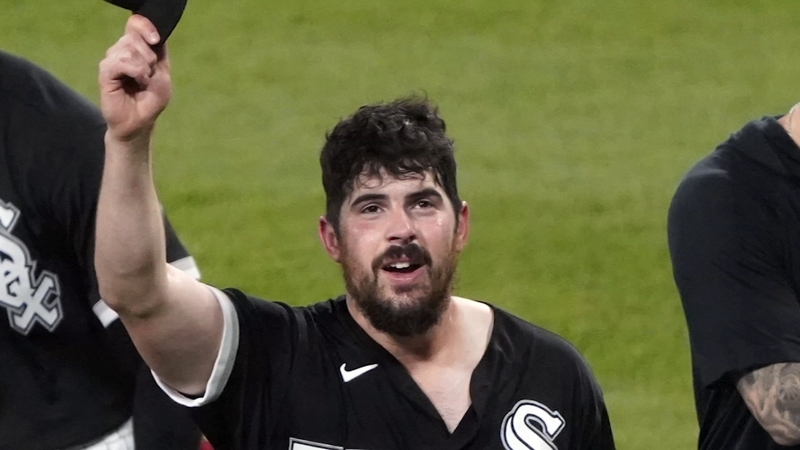 Rodon was a star baseball player at Holly Springs High School. He lead his team to a state championship his senior year in 2011.

Rodon was drafted by the Milwaukee Brewers that same year, but instead decided to attend North Carolina State University.

With the Wolfpack, Rodon continued to thrive. He helped NCSU reach the College World Series in 2013 for only the second time in program history.

In 2019, Rodon underwent Tommy John surgery on his pitching arm.

The White Sox non-tendered Rodon in 2020--meaning they ended his contract. Shortly thereafter, Rodon re-signed with the White Sox.

"They knew I had something to prove," Rodon told ESPN. "They knew I was hungry. ... I'm blessed to be able to play this game. I was non-tendered. A lot of people were out on me. It's a special moment, and a lot of people should be proud because they helped me do this."

On Wednesday, Rodon was two outs away from throwing a perfect game--a game where nobody even reaches base for the other team.

However, with one out in the 9th inning, one of Rodon's sliders got away from him and hit Roberto Perez in the foot. Rodon was then able to get a strikeout and groundout to finish his first MLB no-hitter.
Report a correction or typo
Related topics:
sportsholly springsraleighillinoisbaseballnc statechicago white sox
Copyright © 2022 WTVD-TV. All Rights Reserved.
TOP STORIES
Durham museum hosts its first family LGBTQ+ activity
Man shot, killed in Fayetteville, police searching for suspect
PGA Tour Pro Varner III donates to Durham-based SwingPals
American flight attendant hit by cabin door, knocked unconscious
There are many ways to eat healthy amid high food prices, experts say
Cop who sought GOP bid allegedly punches state senate candidate: video
Solar patio umbrellas sold at Costco recalled after multiple fires
Show More
Where abortion rights stand in NC after Roe v Wade decision
Biden: G-7 to ban Russian gold in response to Ukraine war
Anglers of all ages can fish for free in NC on July 4
Girl dies after being shot, Durham police investigating
Out Raleigh celebrants react to possible SCOTUS actions
More TOP STORIES News