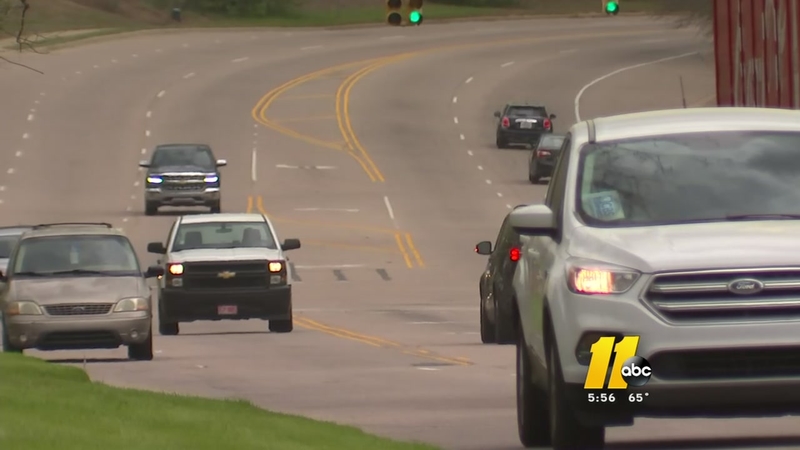 WAKE COUNTY, NC (WTVD) -- At the end of March, drivers in Wake County reported more than 2,000 potholes to the North Carolina Department of Transportation.

Seen any of these lately?? @NCDOT says as of today, there are 297 potholes that were reported for Wake County that still need to be fixed. #ABC11 #potholes pic.twitter.com/GmOaMsJxGF

"Maintenance crews had to work overtime to keep up with the repairs, many working six days a week last month to catch up," said Steve Abbott, DOT spokesperson.

Abbott said there were 2,333 potholes reported through the end of March, compared to 942 for the same time period last year.

He said the constant freeze and thaw patterns of this past winter contributed to the pothole problem, but also credited drivers who are more aware of how to use the online reporting system.

The potholes form when water seeps into cracks in the road and freezes and expands, which crumbles the pavement and can lead to misdirected vehicles and drivers swerving to miss them.

"It's a dangerous thing and that's why we go out," said Abbott. "We had to do overtime because we had so many in February, well over a thousand just in Wake County reported to our system."

Abbott said with crews working to maintain 5,000 lane miles of roadway in Wake County alone, they can't check every road every week for potholes.

That's why they're asking you to report it if you see it.

"It's very important that we hear from the people. When they see a pothole, don't avoid it or bounce in it and curse and don't say anything," said Abbott. "Please let us know it's there."