Willie Garson, known for 'Sex and the City,' 'White Collar,' dies at 57 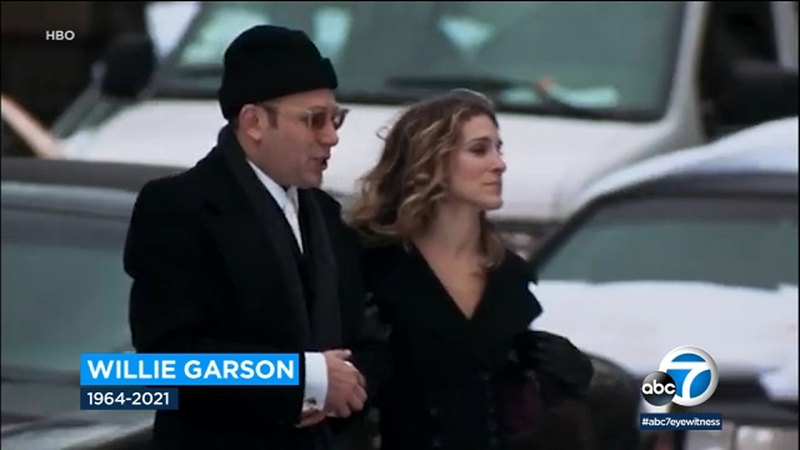 Willie Garson, known for 'Sex and the City,' dies at 57

LOS ANGELES -- Willie Garson, the versatile character actor known for "Sex and the City" and "White Collar" among hundreds of TV and film roles, has died at age 57.

Garson was a familiar face to television viewers, but was perhaps best known as Stanford Blatch, the talent agent and friend of Carrie Bradshaw on the HBO series, "Sex and the City."

His lengthy resume over a career spanning more than three decades also included roles in films such as "There's Something About Mary," "Groundhog Day," and "Mars Attacks!" He had guest roles on dozens of television shows, including "Supergirl," "Two and a Half Men," "Wizards of Waverly Place" and "CSI: Miami."

These are some of the most notable celebrity deaths of 2021.

Garson's son Nathen, adopted in 2009, paid tribute to his father on Instagram, posting:

"I love you so much papa. Rest In Peace and I'm so glad you got to share all your adventures with me and were able to accomplish so much. I'm so proud of you. I will always love you, but I think it's time for you to go on an adventure of your own. You'll always be with me. Love you more than you will ever know and I'm glad you can be at peace now. You always were the toughest and funniest and smartest person I've known. I'm glad you shared you're love with me. I'll never forget it or lose it."

Garson's last tweet, sent out Sept. 4, perhaps reflected his character best as he asked the public to: "BE KIND TO EACH OTHER......ALWAYS. LOVE TO ALL. APRROACH KINDNESS."

BE KIND TO EACH OTHER......ALWAYS. LOVE TO ALL. APRROACH KINDNESS.

Cynthia Nixon, who played Miranda Hobbes in "Sex and the City," expressed her sorrow in a tweet.

"We all loved him and adored working with him. He was endlessly funny on-screen and and in real life," she wrote. "He was a source of light, friendship and show business lore. He was a consummate professional - always."

"I couldn't have had a more brilliant TV partner," tweeted Mario Cantone, who played Garson's husband in "Sex and the City." "I'm devastated and just overwhelmed with sadness."

He added: "You were a gift from the gods."

"Willie Garson was in life, as on screen, a devoted friend and a bright light for everyone in his universe. He created one of the most beloved characters from the HBO pantheon and was a member of our family for nearly 25 years," an HBO Facebook statement said. "We are deeply saddened to learn of his passing and extend our sincere condolences to his family and loved ones."

Born William Garson Paszamant in Highland Park, New Jersey, Garson began studying acting at age 13 at the Actors Institute in New York. He made hundreds of appearances on TV and in motion pictures.