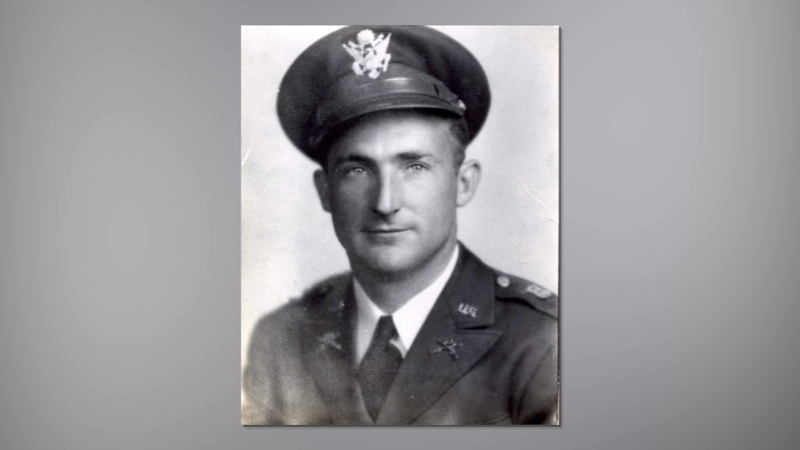 PARKTON, N.C. (WTVD) -- A soldier from North Carolina who went missing during World War II has officially been accounted for.

James E. Wright, of Parkton, North Carolina, died in September of 1944. He was part of George Patton's force fighting across France.

Wright's unit was ordered to cross the Moselle River near Dornot in early September. The unit held the line against a fierce German attack and took heavy losses for a couple days.

Wright was reported missing during that campaign. His body was unable to be recovered because of the fighting and German presence in the area.

After the war, the American Graves Registration Command (AGRC) searched the banks of the Moselle River until 1951. Wright's remains were never found-or so everybody thought.

In 2012, a private researcher suggested one of the unknown remains found by AGRC could belong to Wright.

The remains were disinterred in May 2016 and underwent several advanced technological procedures. On July 9, 2021, scientists confirmed that the remains belonged to Wright.

Wright will be buried Oct. 12 in Lumber Bridge, North Carolina.

His name, which is part of the Walls of the Missing at the Lorraine American Cemetery in St. Avold, France, will soon have a rosette placed next to it to indicate that he has been accounted for.
Report a correction or typo
Related topics:
family & parentingnchuman remains foundsoldiersworld war iiarmy
Copyright © 2022 WTVD-TV. All Rights Reserved.
TOP STORIES
Toddler and man killed in Raleigh apartment shooting, woman hurt
Gas prices decline in Raleigh but experts worry about meaning of dip
Sticker shock for young would-be renters as apartment leases spike
Man dies hours after shooting at Raleigh gas station
Grandfather of woman shot by Fayetteville police searches for justice
What to know if your flight gets canceled or delayed
Raleigh City Council adopts 'social districts' ordinance
Show More
Raleigh woman recovering, arrest made in San Diego shooting
Couple fined $1,500 for parking in own driveway
Creedmoor rallies around family that lost everything in house fire
DHS warned of 'heightened threat environment' before parade shooting
Parents of late NFL star Demaryius Thomas reveal he had Stage 2 CTE
More TOP STORIES News