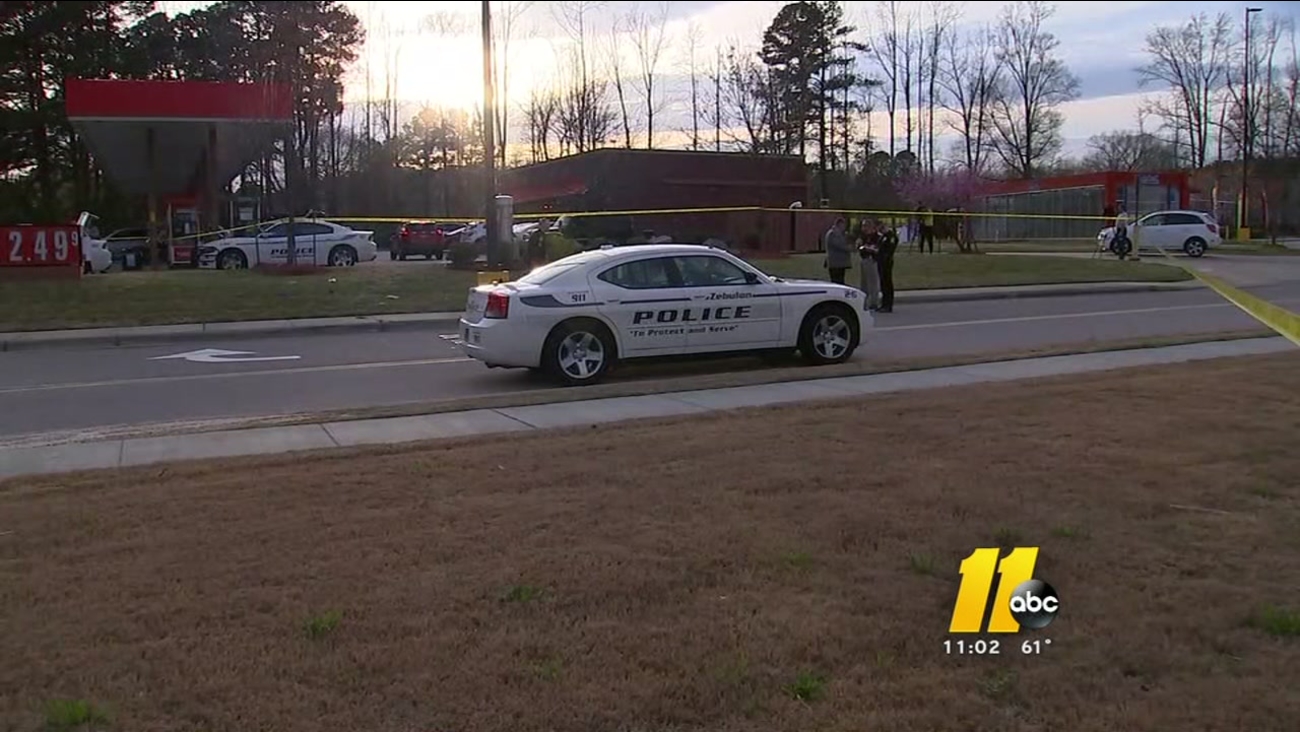 Zebulon police are investigating an officer-involved shooting at a gas station near Walmart. (WTVD)

ZEBULON, NC (WTVD) -- The officer accused of shooting a man at a Zebulon gas station will not be charged.

On April 1, Brown shot the man during an incident at the Murphy Express gas station on East Gannon Avenue.

Police said the investigation started at a nearby Walmart when Kurt Lee Walters, 30, called 911 reporting he had a warrant out for his arrest for a parole violation.

Walters then told police he would wait at the Walmart but was found at the gas station.

Police said when officer Robert Prichard began speaking with him, Walters became combative, pushing one of the officers and producing a weapon which he pointed at the officer with whom he was speaking.

Then Brown, who has been with the police force about 12 years, fired one shot, striking Walters one time in the neck area.

Walters was taken to the hospital and was later released and charged with felony possession of stolen property, larceny, assault on a law enforcement officer and resist, delay and obstructing arrest.