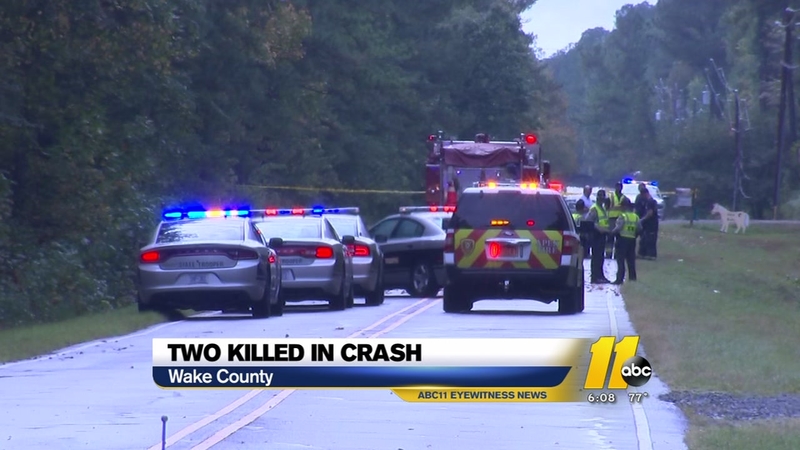 WAKE COUNTY (WTVD) -- The North Carolina State Highway Patrol has identified the two men that were killed in a single-vehicle crash over the weekend on Old US Hwy 1 and Olive Branch Lane in New Hill, North Carolina.

Troopers said that they received a call about the crash at about 12:42 p.m. on Sunday.

When they arrived at the scene, they found two men dead.

Troopers said that they the two men were ejected from a brown Jeep Wrangler when the driver went off the road to the left, went down an embankment, struck a tree, and then overturned.

Authorities said that both Lowery and Lawrence did not have on their seatbelts and that alcohol is believed to be a factor.