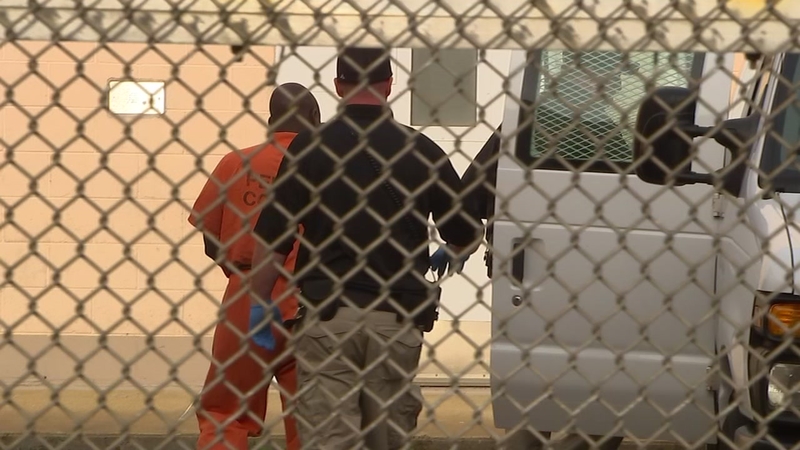 HILLSBOROUGH, N.C. (WTVD) -- Two men have been arrested and charged in the violent home invasion of a retired Orange County couple last week.

Authorities said Jason O'Neal Brown, 36, and Jodeci Mustaffa Gaddy, 25, were arrested and charged after being suspected of committing multiples crimes in Orange, Person, and Durham counties.

Last week, officials said David Laudicina woke up in the middle of the night after hearing his wife, Rebecca, screaming as she was being attacked by two men.

Two men have been arrested and charged after a retired Orange County couple was attacked in a home invasion on Friday.

When he went to help her, the men started attacking him and demanding money.

Authorities said the suspects were also involved in a home invasion on Friday in Person County where a woman said she was woken up in her home by two men, one of which pointed a gun at her and demanded guns and money.

During the home invasion, the woman was sexually assaulted and struck in the face with the gun.

In addition, the two men used a credit card near the Northgate Mall in Durham that they stole from the victim in the Person County home invasion, according to authorities.

"In my opinion, they had zero remorse, said Person County Sheriff Dewey Jones. "Not until one gave a full confession did he show real emotion. They were carefree and could care less about life and property."

Brown and Gaddy are being held in the Person County Detention Center under a $2 million secured bond.