WABC
By Eyewitness News
TROY, New York -- Police say two people have been arrested in the quadruple homicide that took the lives of two women and two children in their upstate New York apartment.

Justin Mann and James White pleaded not guilty to murder charges Saturday in Troy. Both are from Schenectady.

The Times-Union says Mann appeared to break down as he was led out of court. Both men are being held in county jail.

According to the Times Union, Troy Police Chief John Tedesco said one of the defendants knew one of the victims. He declined to elaborate.

A property manager found 36-year-old Shanta Myers; her children, 11-year-old Jeremiah Myers and 5-year-old Shanise Myers; and 22-year-old Brandi Mells in a basement apartment along the Hudson River, just north of Albany on Tuesday. Police say the two women were in a relationship.

Tedesco says he has "never seen savagery like this" in 42 years in law enforcement. Authorities declined to answer questions about a possible motive and the method of the killings.

Shakera Symes, the sister of Shanta Myers, told Spectrum News in Albany that she's now raising Myers' 15-year-old son, who has been staying with her for two months. She said the whole family is heartbroken over the brutal crime.

"It's going to devastate us for a very, very long time," Symes said Thursday. "And to have to raise the oldest, knowing he lost his entire family that day ... that's not a job that's going to be easy for me."

The suspects were sent to the Rensselaer County Jail to await their next court appearance, on Thursday. Neither man said anything as the charges were read. 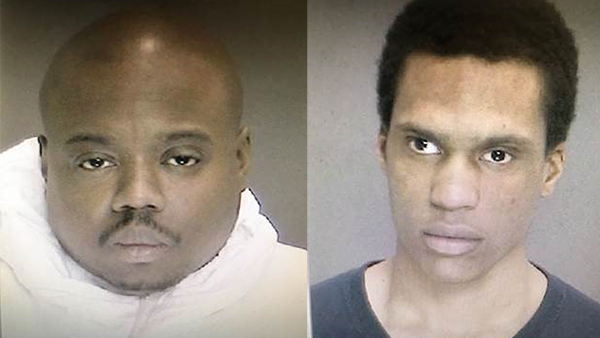 "The emotions of a police officer are something you repress because there is a job to be done," Tedesco said, adding that no one involved in this case will ever forget it.