Rep. Trent Franks announces resignation after ethics inquiry into his discussion of surrogacy with female staffers 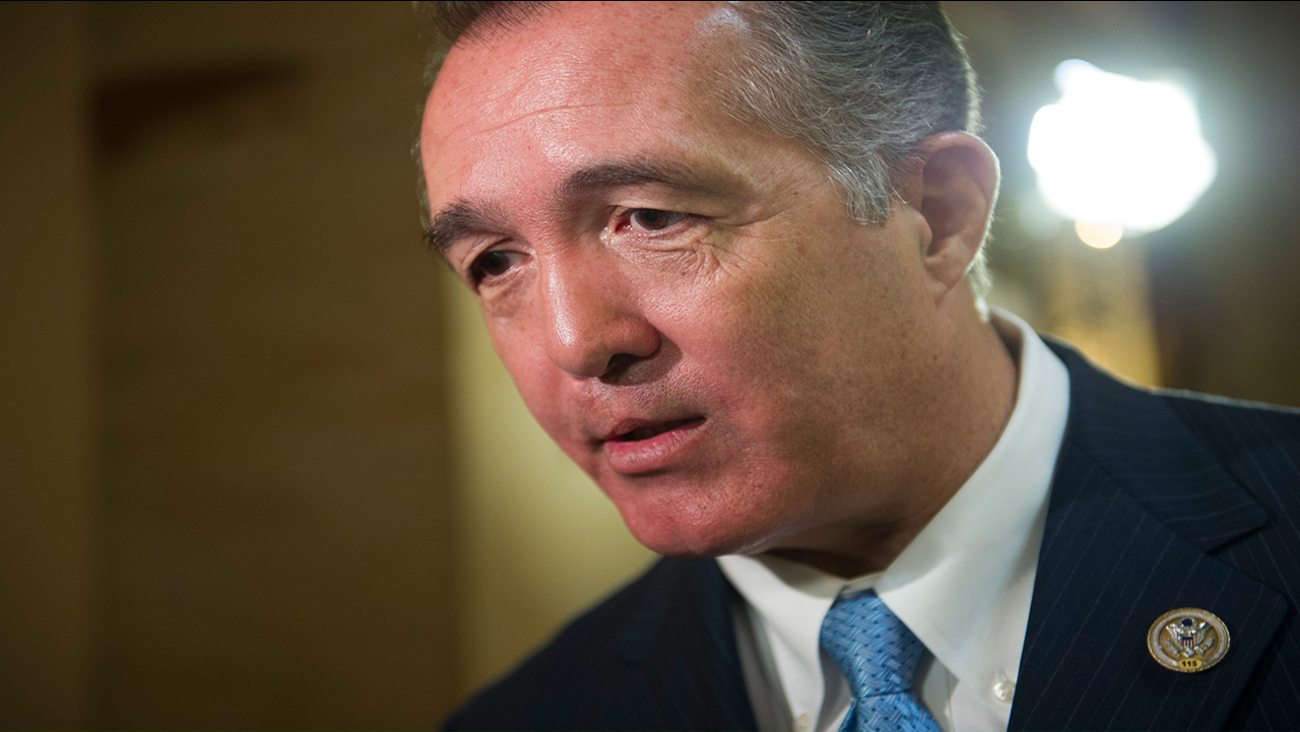 WASHINGTON -- On Thursday, GOP Rep. Trent Franks announced his resignation after ethics inquiries into his discussion of surrogacy with female staffers.

"I have always tried to create a very warm and supportive atmosphere for every last person who has ever worked in my congressional office. It is my deepest conviction that there are many staffers, former and present, who would readily volunteer to substantiate this fact.

Given the nature of numerous allegations and reports across America in recent weeks, I want to first make one thing completely clear. I have absolutely never physically intimidated, coerced, or had, or attempted to have, any sexual contact with any member of my congressional staff.

However, I do want to take full and personal responsibility for the ways I have broached a topic that, unbeknownst to me until very recently, made certain individuals uncomfortable. And so, I want to shed light on how those conversations came about.

My wife and I have long struggled with infertility. We experienced three miscarriages.

We pursued adoption on more than one occasion only to have the adoptive mothers in each case change their mind prior to giving birth.

A wonderful and loving lady, to whom we will be forever grateful, acted as a gestational surrogate for our twins and was able to carry them successfully to live birth. The process by which they were conceived was a pro-life approach that did not discard or throw away any embryos.

My son and daughter are unspeakable gifts of God that have brought us our greatest earthly happiness in the 37 years we have been married.

When our twins were approximately 3 years old, we made a second attempt with a second surrogate who was also not genetically related to the child. Sadly, that pregnancy also resulted in miscarriage.

We continued to have a desire to have at least one additional sibling, for which our children had made repeated requests.

Due to my familiarity and experience with the process of surrogacy, I clearly became insensitive as to how the discussion of such an intensely personal topic might affect others.

I have recently learned that the Ethics Committee is reviewing an inquiry regarding my discussion of surrogacy with two previous female subordinates, making each feel uncomfortable. I deeply regret that my discussion of this option and process in the workplace caused distress.

We are in an unusual moment in history - there is collective focus on a very important problem of justice and sexual impropriety. It is so important that we get this right for everyone, especially for victims.

But in the midst of this current cultural and media climate, I am deeply convinced I would be unable to complete a fair House Ethics investigation before distorted and sensationalized versions of this story would put me, my family, my staff, and my noble colleagues in the House of Representatives through hyperbolized public excoriation. Rather than allow a sensationalized trial by media damage those things I love most, this morning I notified House leadership that I will be leaving Congress as of January 31st, 2018. It is with the greatest sadness, that for the sake of the causes I deeply love, I must now step back from the battle I have spent over three decades fighting. I hope my resignation will remain distinct from the great gains we have made. My time in Congress serving my constituents, America and the Constitution is and will remain one of God's greatest gift to me in life."
Report a correction or typo
Related topics:
politicswashingtonrepublicanssenatesexual misconductpolitics
Copyright © 2021 ABC11-WTVD-TV/DT. All Rights Reserved - The Associated Press contributed to this report.
More Videos
From CNN Newsource affiliates
TOP STORIES