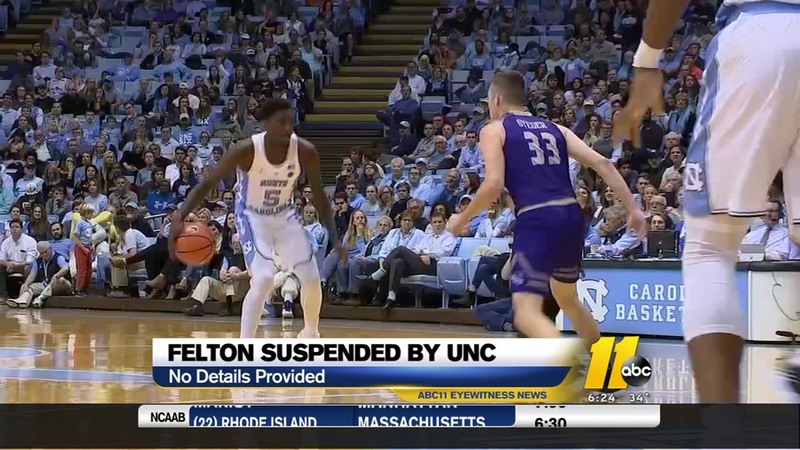 CHAPEL HILL, NC (WTVD) -- On Tuesday, the University of North Carolina suspended freshman guard Jalek Felton from the school, including his eligibility to participate in any university activities.

"Jalek Felton is an extraordinary young man and an exemplary student athlete at UNC," his attorney, Kerry Sutton, said Tuesday in a statement. "The support he's getting from UNC fans and friends today means the world to him. We will get him back in class and back on the court where he belongs as soon as we can."

Felton, a West Columbia, South Carolina native, has played in all 22 games this season. 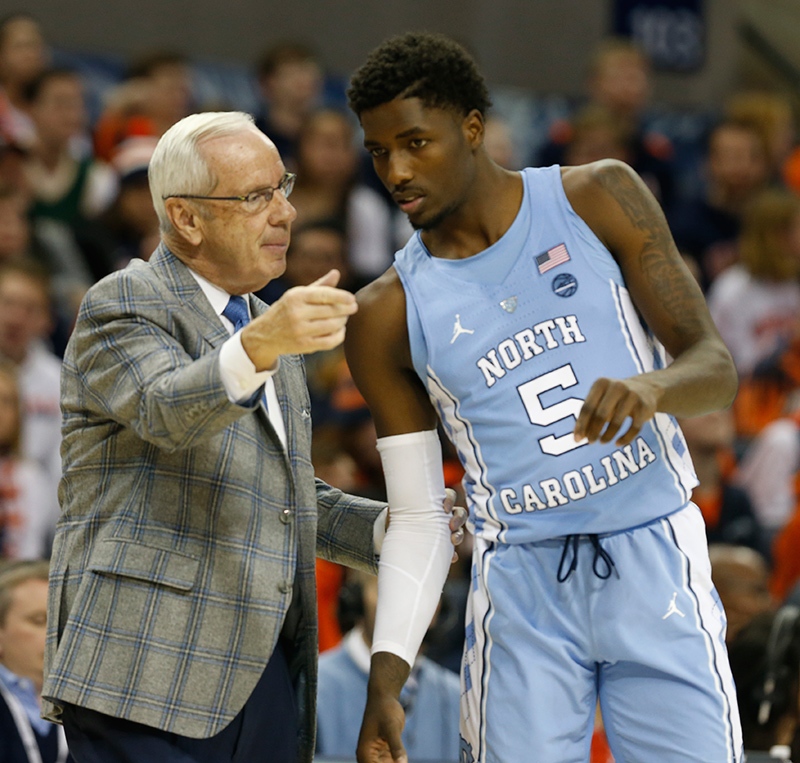 UNC announced the player's suspension hours before the team was set to play Clemson on Tuesday night.

Here’s Roy on whether the Michigan State situation or #MeToo movement has impacted how UNC is handling Jalek Felton pic.twitter.com/Retr4UEgpx

The Tar Heels went on to lose to Clemson, 82-78, for their third consecutive loss.