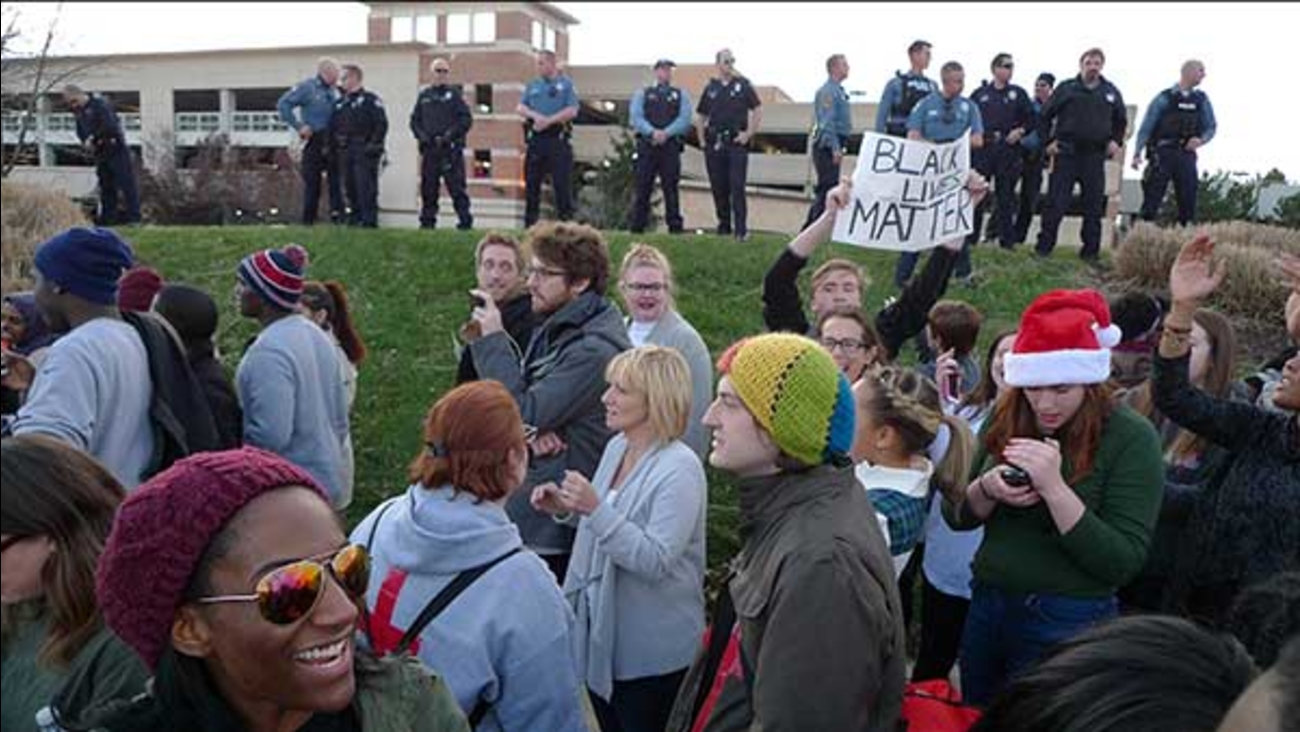 WTVD
Hundreds of peaceful protesters overtook shopping centers in St. Louis Friday afternoon, causing at least two malls to be shut down. Police allowed the protesters to demonstrate for some time before asking them to leave.

The protests were a part of "Brown Friday," a movement in reaction to the Monday night decision regarding the death of Michael Brown. A grand jury found that there was not enough evidence to move forward with a trial of police officer Darren Wilson in the August shooting death of the unarmed teen.

Protesters encouraged Black Friday shoppers to put down their shopping bags and join them in boycotting shopping. Chicago, New York City and other parts of the country saw similar protests.

In addition to chanting, marching and even caroling, many protesters participated in a "die in" by lying on the ground.

As the protesters grew in number, many stores closed their night gates, one by one.

Many stores at Galleria shut their doors as #ferguson #stlblackfriday protesters moved through pic.twitter.com/1FLcWkYhmr

Even the area where children can meet Santa was closed.


Chants of "Hands Up, Don't Shop" and "No Black Friday" were meant to discourage shoppers.


Some shoppers continued to go about their business until the mall closed down, stepping over the protesters lying on the floor.


The protests started in the early afternoon at the Galleria mall in St. Louis, and when that was shut down, they migrated to West County Center, which was eventually closed as well, tweeted a reporter for the St. Louis Dispatch.

Police have so far made no arrests as part of these protests, according to the St. Louis Dispatch, though one arrest was made in a smaller demonstration.