Florence flooding updates: President Trump says 'we're with you all the way'

WTVD-AP
As some rivers around the state crest and begin to slowly recede, officials warn the danger is far from over and are urging frustrated evacuees not to return home just yet.

In some good news, the Town of Topsail Beach announced it will be open to property owners and residents ONLY on Thursday beginning at 9 a.m. The only access will be through the swing bridge in Surf City. People must have proof of residency. The Town of Surf City will let property owners back in at that time as well.

President Donald Trump arrived in North Carolina around 10:30 a.m. Wednesday. He handed out hot dogs, hugs and comforting words as he surveyed the wreckage left by Hurricane Florence.

With residents still recovering from torrential rains that left widespread destruction and injury, Trump sought to strike a balance between comforter and cheerleader, mindful that he has been criticized in the past for not showing sufficient empathy in the face of tragedy.

During a packed day, he visited both North and South Carolina, distributed meals at a church, walked amid piles of sodden furniture in damaged neighborhoods, offered hugs and handshakes to residents and discussed the response efforts with local and state officials.

"America grieves with you and our hearts break for you. God bless you," he said during a briefing at a marine base in Havelock, North Carolina. "We will never forget your loss. We will never leave your side. We're with you all the way."

During a news conference, Gov. Roy Cooper said the storm was "epic" and unlike any other that's hit the state.

"We are a beacon in the South, and we have weathered storms before in our state. Mr. President, we have never seen one like this. This one was been epic. It has been disastrous. It has been wide spread. It's a storm like no other."

The death toll has climbed to 37 storm-related deaths in three states, 27 of which were in North Carolina.

Officials warned that false rumors have been circulating about roads being open that are not open after all. Check with ABC11 or on the NCDOT website to find out which roads are open and which are closed.

Cooper said that the flooding set off by as much as 3 feet of rain from Florence is far from finished and will get worse in places.

Hundreds of people waited in long lines for water and other essentials in Wilmington, still mostly cut off by rising water days after Hurricane Florence unleashed epic floods, and North Carolina's governor pleaded with more than 10,000 evacuees around the state not to return home yet. He said this was especially pertinent for New Hanover, Brunswick and Pender counties.

"I know for many people this feels like a nightmare that just won't end," he said.

FLOODING
Flooding caused the NC DOT to close parts of Person Street bridge over the Cape Fear River in downtown Fayetteville and Interstate 95 on Tuesday evening.


Several rivers remain well above flood stage, but many -- such as the Cape Fear River -- have crested, and the waters are beginning to recede.

Here's how to monitor potential flooding in your area.


The flooding after Hurricane Florence has reached historic levels in more than one part of the state. Morehead City broke the official record for most rainfall ever recorded in the state from a tropical system when 25.77 inches were recorded there. Wilmington, meanwhile, has already surpassed its annual rainfall total with three months to go.

Authorities advise not to go into the floodwaters as they could pose dangers, such as snakes, and health risks, such as sewage water.

At least 900 people have been rescued by the National Guard as rescue efforts continue, officials said.

First responders from local, state and federal agencies are helping those stranded by high water, and many more are standing by to be deployed.

ABC11's Julie Wilson accompanied one team of volunteers and helped save a dog. Other cats and dogs were among the rescued.

Here are more uplifting stories of neighbors helping neighbors during the storm.


HELPUL INFORMATION: EVERYTHING TO KNOW ABOUT FLORENCE

See a full list of ways to help on the ABC11 Together page or go to our relief drive page to donate now.

See the latest road closures around the state.

Here's how to get in and out of Wilmington.

See the list. of school closures and updates here.

Here's what you need to know about trash pick-ups, curfews, bus schedules and more.

Find out how to get emergency federal assistance.

Here's how to get mental health support after the storm. 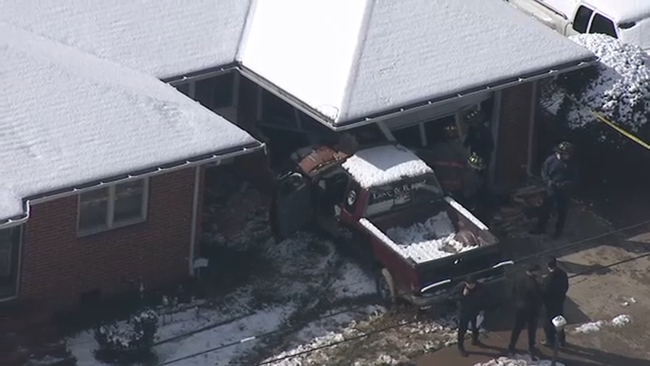