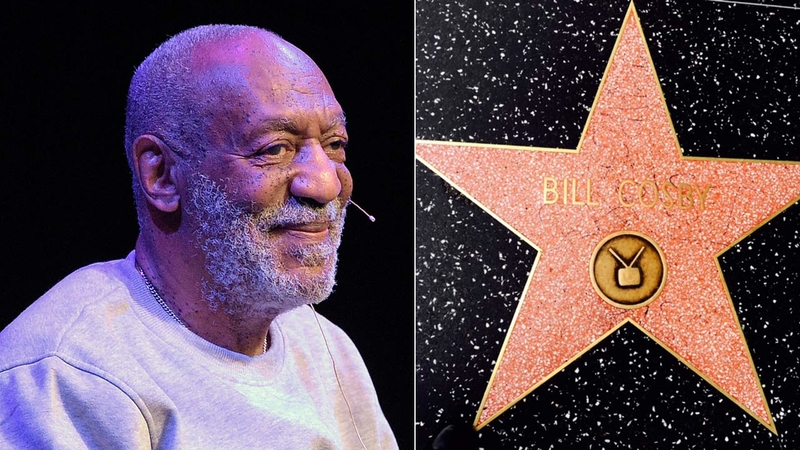 LOS ANGELES -- Bill Cosby's star on the Hollywood Walk of Fame has been vandalized as he battles numerous allegations of sexual assault.

The star was found with "rapist" scribbled all over it on Friday morning. 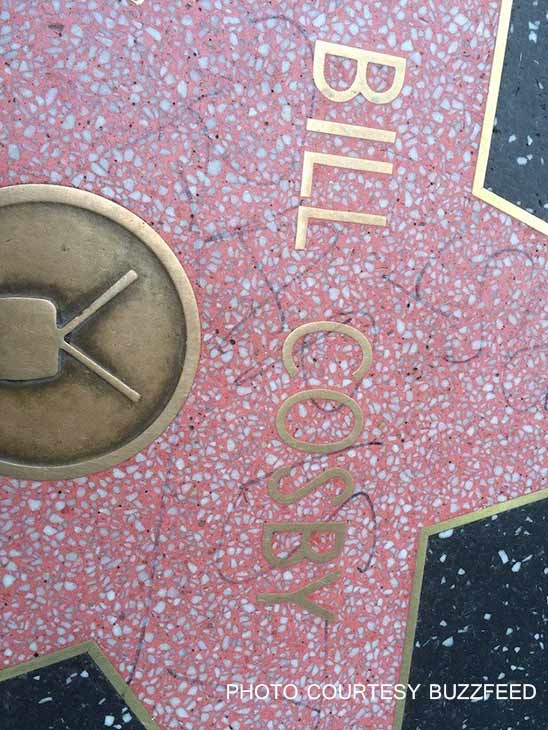 Bill Cosby's star on the Hollywood Walk of Fame was found vandalized on Friday, Dec. 5, 2014.

"The Hollywood Walk of Fame is an institution celebrating the positive contributions of the inductees. When people are unhappy with one of our honorees, we would hope that they would project their anger in more positive ways then to vandalize a California state landmark," the Hollywood Chamber of Commerce said in a statement.

The star is located right across the street for the world famous Chinese Theatre. Cosby received it in 1977.

Crews had the star cleaned by 11 a.m.

From left: Beth Ferrier, Chelan and Helen Hayes speak at a press conference about alleged sexual abuse by Bill Cosby on Wednesday, Dec. 3, 2014.

On Thursday, Bill Cosby filed a lawsuit against Judy Huth, a Riverside County woman who accused the comic legend of sexually abusing her as a minor. Cosby's attorney, Marty Singer, says Huth's claims are "absolutely false," alleging that she only filed her lawsuit after failing to extort money from him. In the filing, Cosby seeks more than $33,000 from Huth and her attorney, Marc. S. Strecker.

None of the women filed complaints soon enough for Cosby to face criminal charges. Cosby still refuses to comment publicly, but told "Florida Today" over the weekend, "I know people are tired of me not saying anything but a guy doesn't have to answer to innuendos. People should fact-check."

The fallout for the comedian continues. A photo from 2011 shows Cosby receiving an honorary title Navy. Cosby enlisted in the Navy in 1956 and served for four years as a Hospital Corpsman. The Navy revoked Cosby's honorary title of master chief petty officer, and several of Cosby's comedy shows and upcoming TV projects have also been shelved because of the allegations. 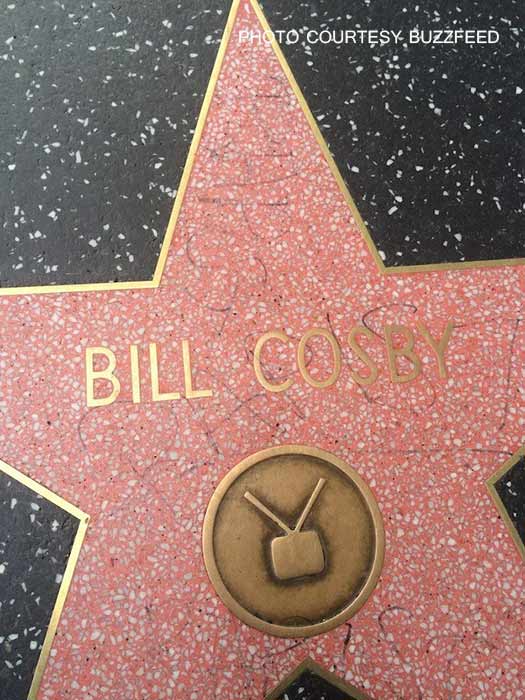 Bill Cosby's star on the Hollywood Walk of Fame was found vandalized on Friday, Dec. 5, 2014.