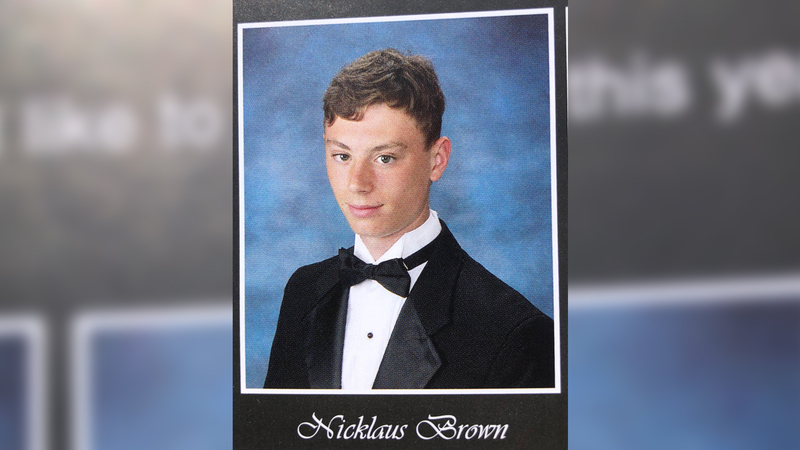 "Nick was one of those students who was super personable with everyone," said Lisa Bair, executive director of Eno River Academy. "With being a small graduating class, it was really great to be able to spend time kind of getting able to know them on a more personal level."

Friends and other students are beginning to arrive at Eno River Academy to remember 18-yr-old Nicklaus Brown. He graduated HS just last week and is still missing after slipping underwater at the Eno River Rock Quarry. #ABC11 pic.twitter.com/AQ0ZRjbm0H

Authorities told ABC11 that a group of teenagers were in the water when Brown went cliff diving and didn't surface.

Officials said the search turned into a recovery effort.

#BREAKING search for missing 18 year old last seen going under the water at Eno Rock Quarry now focuses on an “area of interest” detected by an underwater drone. The latest, live at noon on @ABC11_WTVD pic.twitter.com/6JSfdRT3ml

They told ABC11 crews were focusing on an "area of interest" which was detected by an underwater drone sent from Lee County to assist with the search.

"I strongly recommend you not swim in the quarry," Eno State Park Ranger Jack Singley said. "There's razor sharp rocks. It's an old quarry. There's danger under the water that you cannot see. There's lots of trees that fall into the quarry. And it's been abandoned for 60 years. If you're going to have a good time with your family, this is not the safe way to do it."

Singley said rangers from Jordan Lake, Falls Lake and Umstead State Park were helping with the search. He also added that it is illegal to swim in most state parks including this particular area of the quarry.

Brown was a member of the swim and baseball teams at his school. He has a younger brother who also attended Eno River Academy. Brown's family lives in Hurdle Mills.

He was set to attend University of North Carolina Wilmington in the fall.

There is a candlelight vigil planned for 6:30 p.m. on Wednesday at Hillsborough United Methodist church in downtown Hillsborough.

"There's always a temptation especially in the midst of great tragedy in massive unforeseen accidents like this to try and find ways to make sense of it and instead what we do I gather together and give thanks for Nick and his family and the time we've had with them," said Pastor Cameron Merrill.

"You always want to remain hopeful no matter what," Bair said. "But you do realize there are parameters there at that quarry."