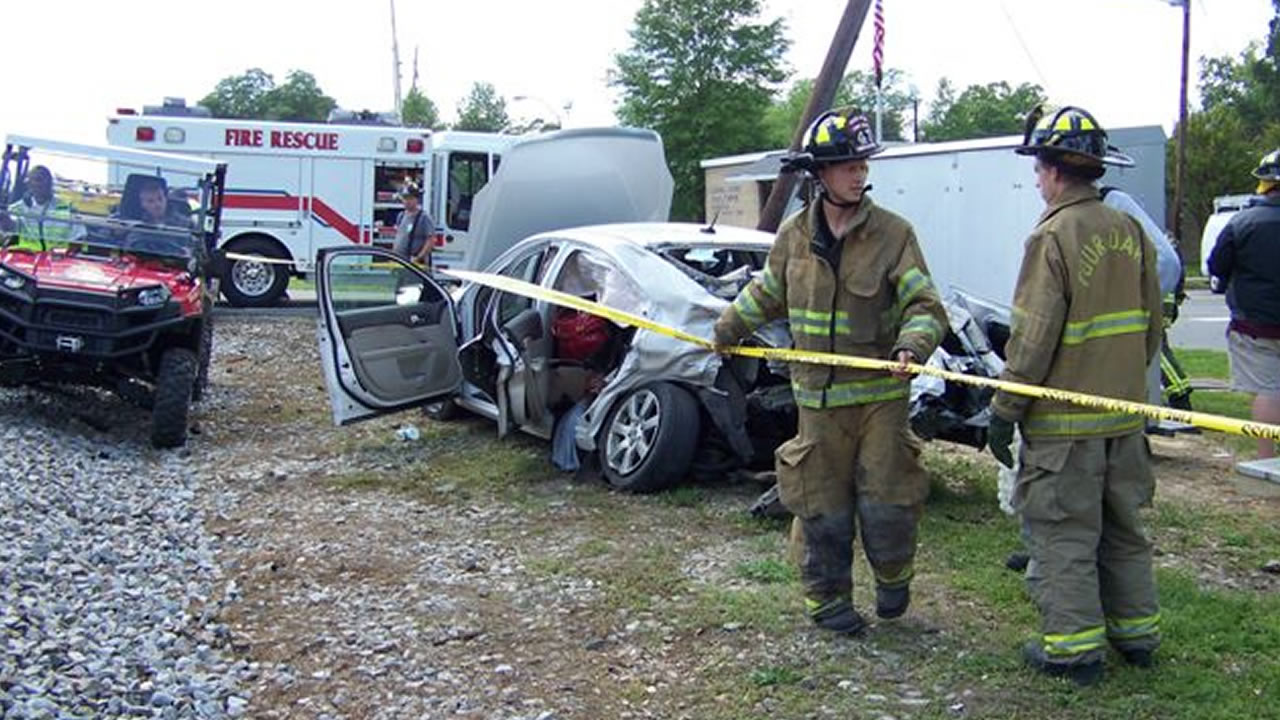 The accident was reported just after 2 p.m.

Two people were taken to area hospitals with non-life-threatening injuries.

The car was knocked into a power pole - bringing down electrical lines.

Part of Baker Street was closed.

The Amtrak Palmetto was headed for New York with about 124 passengers on board. A passenger told ABC11 that the train stopped for about a half hour and then continued on its way to New York.

The cause of the crash is under investigation.

Earlier this month a man and a woman are killed after they were hit by an Amtrak train in Durham on April 5th and in March an Amtrak train collided with a tractor-trailer truck on the tracks at N.C. Highway 903 and U.S. Highway 301 in Halifax leaving 55 passengers injured.