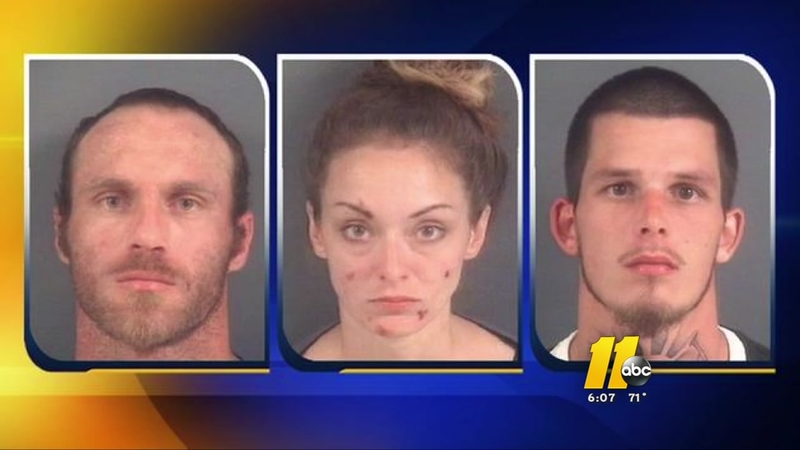 Around 9 a.m., authorities said the officer spotted a burgundy-colored Cadillac with several people inside acting suspiciously.

When the officer checked the license plates on the vehicle, police discovered the plates actually belonged to a Ford Explorer rather than the Cadillac.

Another officer then approached the suspects to determine if the Cadillac was stolen, according to authorities.

During the interaction, the officers noticed drug paraphernalia inside the vehicle.

As the officers searched the car, they found several empty soda bottles with attached hoses and a white powdery substance in them.

Police said they recognized it as a potential "mobile meth-lab" and contacted the SBI to assist in the search.

The SBI later confirmed the items in the car were indeed components of a "mobile meth-lab."

Harr was also charged with one felony count of maintaining a vehicle for the purpose of manufacturing a controlled substance.