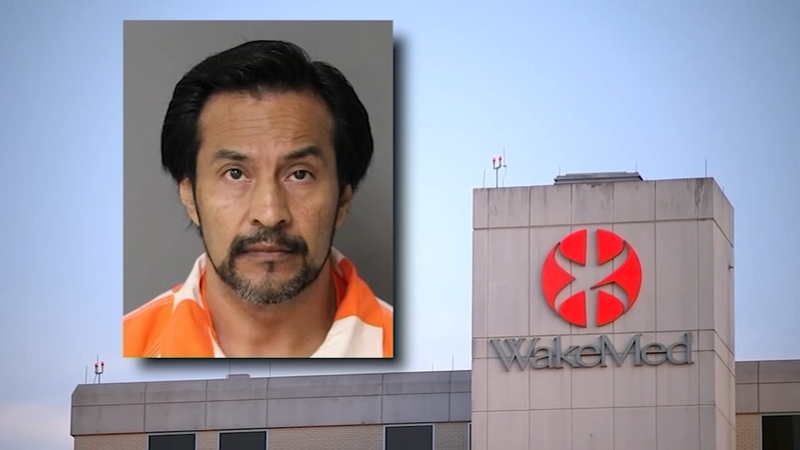 EMBED <>More Videos
RALEIGH, N.C. (WTVD) -- The Durham man already arrested for hiding a camcorder inside the bathroom at WakeMed is facing another charge after warrants said one of the victims was a 6-year-old girl.

Adrian Casablanca, 54, was charged Monday after police said he installed a Sony camcorder in the public bathroom of the Raleigh trauma center.

After his arrest, a WakeMed spokesperson said:

According to warrants, Casablanca used the camcorder to "create a photographic image of a victim (age 6) underneath the clothing being worn for the purpose of viewing the body and undergarments.

It appears WakeMed Police investigators are reviewing video they found in the camera, identifying women seen in it and filing charges.

Casablanca's newest charge is felony indecent liberties with a child -- adding to felony secret peeping and felony installing/using photo device in a room.

Ritcey and her friend Kathryn Anderson had both heard about the crime at WakeMed.

"You take for granted that when you're in a private space that you have a level of privacy. And to have that violated is just incomprehensible," Anderson said.

All the women we spoke with today fear that often the surreptitious video or "upskirt" pictures taken by men end up getting posted on the web.

"I would be truly offended if I were to log onto social media and see a picture or video of myself without my knowledge," Tephanie Barnes said as she ate lunch downtown.

"So there you are on the web without knowledge forever," she added.

Barnes and other women said they have to be constantly aware of what's going on around them but noted that strategy doesn't work with crimes like the one at WakeMed.

"Just being mindful of your surroundings also can help when it comes to situations like that. But when it comes to a camera that's hidden you wouldn't be able to know if it's there or not. So a lot of it is against our control," Barnes said.

"Should be no level of tolerance for that whatsoever," she said.

It's not clear how long the camera was in the WakeMed restroom or how many women are on the video.