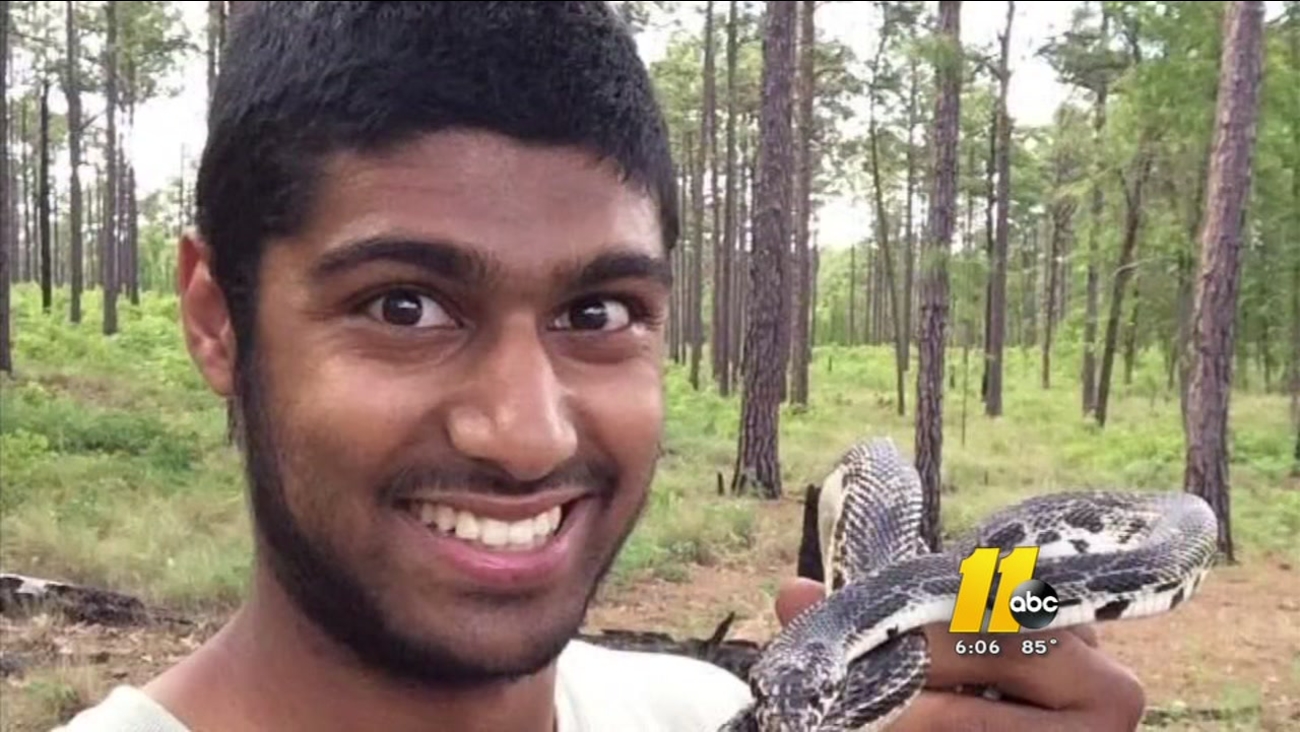 ORANGE COUNTY (WTVD) -- 21-year-old Ali Iyoob plead guilty Monday to a charge of violating a state law of how venomous snakes should be housed.

Iyoob, who was bitten by a King Cobra in his home in May, was sentenced to two years of supervised probation.

He also has to pay the state $4,000 in restitution for costs related to snake and pet removal.

Authorities removed 60 animals from his home in May, including 34 snakes.

Officials said some snakes were un-permitted native wildlife species and others were in violation of a state statute that specifies the safe-keeping of venomous reptiles.

A 45-day jail sentence was suspended, as well as six other charges dismissed. Iyoob was initially charged with seven counts of illegal animal ownership.

On May 2, Iyoob tried to drive himself to the emergency room after he was bitten by the snake.

Iyoob made it about six miles down Highway 54 before pulling to the side of the road and telling a 911 dispatcher he was having trouble seeing and felt "nauseous." EMS picked him up and rushed him to the Intensive Care Unit at UNC Hospitals.

King Cobra antivenin was flown in from the Riverbank Zoo in Columbia, S.C., to treat Iyoob where he was listed in critical condition for days.

Iyoob is a former UNC biology major who works with Reptile Rescue of the Carolinas with a clear passion for snakes.