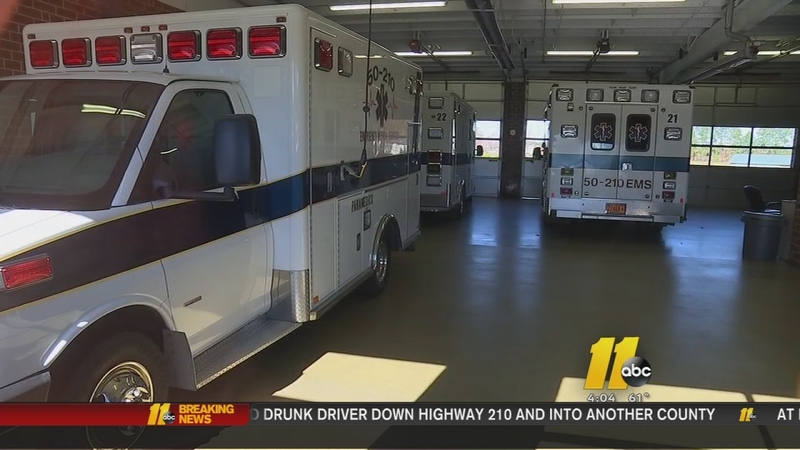 McGEE'S CROSSROADS, NC (WTVD) -- Police are constantly warning the public not to take the law into their own hands. But what happens when a couple of paramedics do that by chasing what they believe is a drunk driver?

Two who did that in Johnston County this week are now facing disciplinary action.

The pair work for the 50/210 EMS service in the McGee's Crossroads area north of Benson. It's a private service that contracts with Johnston County. Part of the problem with what they did early Wednesday is leaving their jurisdiction, which is a violation of their contract.

Still, their boss says they had the best of intentions when they radioed in to tell a dispatcher what they were doing.

Here's part of the radio conversation: "She rolled right out into the middle of an intersection and stopped there. She wouldn't make eye contact with me when I walked up to the window. And as soon as I got there, she sped off and was going over a hundred, um, trying to get away from us down 210. And now she's pulled into this McDonald's here and she is acting like completely incoherent."

But following a drunk driver down Highway 210 was a violation of paramedic protocol according to the director of Johnston County EMS. And considering the two paramedics were following someone they estimate was going 100 miles an hour in a 45 zone also calls into question whether they were speeding too.

But the biggest violation is leaving their contracted district in Johnston County. And there's no question about that since the paramedics ended up following the driver all the way to a McDonald's in Angier in neighboring Harnett County.

Speaking with ABC11 Friday, customers at that McDonald's had vastly different feelings about what the ambulance crew did and the disciplinary action against them.

"It was very commendable. Not only could she have killed herself but someone else in the process," said Angier resident Betty Combs.

"It was probably a somewhat reckless activity on their part. They're not law enforcement. Their radio should have been employed and allowed the police to take over for them," said resident Ted Martin.

The head of the 50/210 EMS wouldn't say what kind of disciplinary action has been taken against the two paramedics.

What do you think about all this? You can sound off about this on the ABC11 Facebook page.