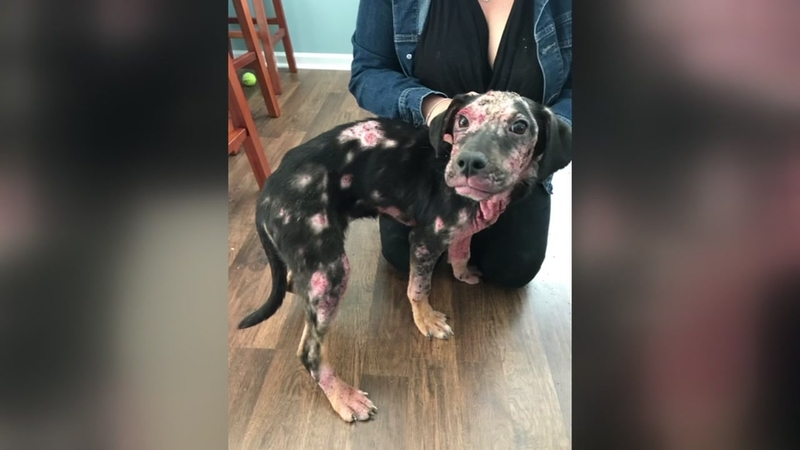 RALEIGH, N.C. (WTVD) -- A new bipartisan proposal would create a publicly available online registry of convicted animal abusers, with increased penalties for those with multiple convictions.

Senate Bill 423 would place a person convicted of animal abuse on a registry for two years from the date of conviction.

For every subsequent conviction, the person would remain on the registry for five years. The list would include the person's photograph, full legal name and "other identifying data as the Department (of Public Safety) determines is necessary to properly identify the animal abuser."

"That's a great tool for us to check. That would be one of the top things that we would check before we adopted out," said Nicole Kincaid, the Program Director of Cause for Paws of North Carolina, a non-profit organization.

However, Kincaid believes the bill doesn't go far enough, pointing to cases where abusive owners are not prosecuted.

"I think where it really needs to start is more funding for the counties so they can really go after these abusers. And then the court needs to see the abusers as an actual abuse case, and prosecute to the fullest (extent of the law), and hold them accountable," said Kincaid.

The ASPCA shares her concern. In a lengthy statement on their website, the organization said registries are limited in scope and expensive to implement, among other concerns.

But Senate Bill 423 also calls for banning people convicted of animal abuse twice from owning an animal for five years.

"If you've been convicted twice, you don't need to own any more animals. It's just that simple," said Kincaid.

The legislation also allows for the court to use discretion to confiscate "cruelly treated animals belonging to the accused" after a person's first animal abuse conviction.

The proposal does not have retroactive abilities, meaning those who have been convicted of animal abuse prior to it being potentially implemented into law would not appear on such a registry. It calls for a registry to go into effect for convictions to be listed once the law is implemented, and a ban on animal ownership for repeat offenders to begin on December 1, 2019.

In a statement to ABC 11, Director Beverly Hughes wrote in part, "We are so grateful to Sen. McKissick and Sen. Britt for stepping forward and introducing Senate Bill 423, the North Carolina Animal Abuser Registry Act. This is long overdue in North Carolina and we celebrate these two legislators acting in a bipartisan manner to help prevent the cycle of abusive behavior. Our hope would be that this bill would be the first of many bills to address animal abuse and cruelty in North Carolina. "
Report a correction or typo
Related topics:
pets & animalsraleighanimal crueltylegislationanimal abuse
Copyright © 2022 WTVD-TV. All Rights Reserved.
TOP STORIES
Supreme Court to hear challenge to race in college admissions
Alex Murdaugh hit with more charges connected to 4 new clients
Amy Schneider details historic 'Jeopardy' run on 'GMA': VIDEO
LATEST: Next steps in fight against COVID-19
Defense: Chauvin called 'all of the shots' when Floyd killed
Sarah Palin COVID tests delay libel trial against NY Times
5 tax changes that can boost your refund this year
Show More
Family demands justice after 23-year-old woman found dead after date
Kohl's, target of activist investors, gets a buyout offer
NC A&T wins Sports Band of the Year from HBCU Sports poll
Triangle Restaurant Week returns to highlight local small businesses
Woman finds $3M lottery prize in her spam folder
More TOP STORIES News