What's changed at Atlantic Beach one year after Hurricane Florence 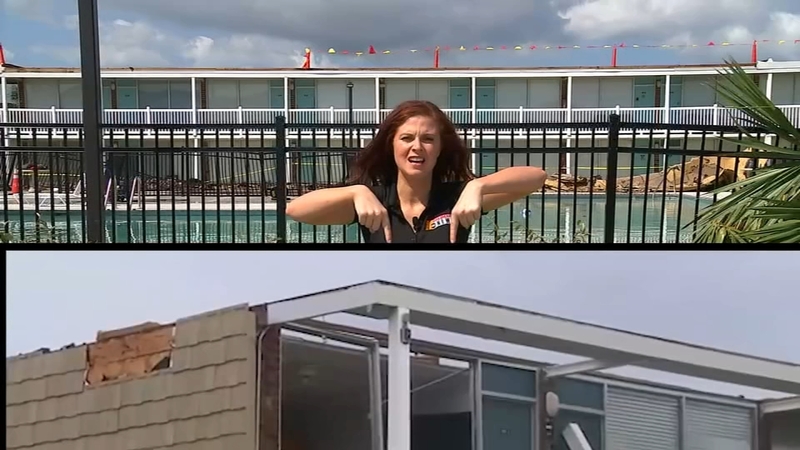 Atlantic Beach one year after Florence

It's already been a year since ABC11 was granted exclusive coverage of Atlantic Beach just days after Hurricane Florence moved through the Crystal Coast.

In that time, houses have been restored and roadways have long been cleared of debris.

The total cost to Atlantic Beach, a place that is roughly 5 square miles, totaled around $11 million.

Snyder was killed in an accident earlier this year.

Now, Chief Mike Simpson is at the helm. He and Snyder had a friendship for a decade and a half.

During Florence, Simpson, Snyder and 14 other members of the department hunkered down inside the Atlantic Beach Fire Department, a building that stands off the main road that runs through town.

Chief Snyder last year told us if another storm like Florence came about, he and his crew would not stay.

Chief Simpson shows us the damage still unrepaired at the firehouse.

Florence collapsed two bay windows, those have since been repaired, but the some of the bolts in the ceiling that vibrated loose during the storm are still loose.

"It's sitting on gravity. We've got repairs to make, but the roof has been recovered."

The second floor of the fire house reveals some water damage to the ceiling.

At the Circle, sand on the boardwalk that stood feet high just after Florence is back to normal levels.

The destroyed volleyball nets have been repaired. The town since Florence has installed sand fences. On a sand mound still lay some Florence Debris.

Bogue Shores, a nearby condominium complex, lost a portion of it's roof during Florence.

Now the building deals with a new storm related problem -- Dorian ripping a different section of the roof off.

The Pacific store that was shredded during the storm has been repaired and is open.

Oceania Pier has been repaired, though it's now 286 feet shorter and without it's gazebo.

"This is the cost of living on the coast," Snyder told us during the last year's tour.