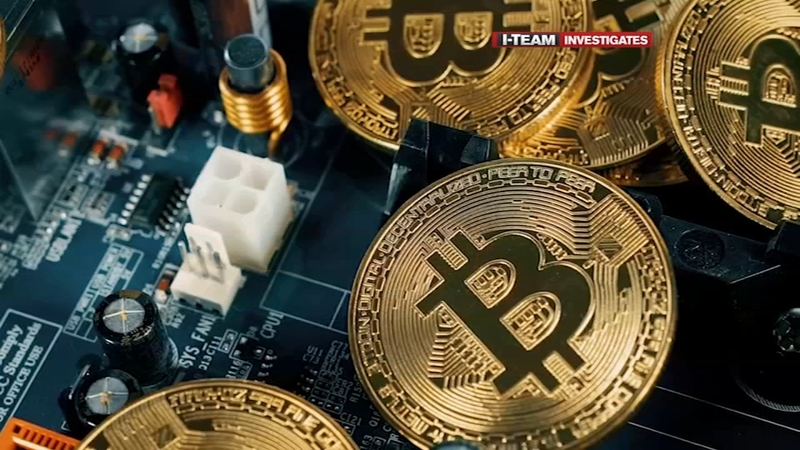 RALEIGH, N.C. (WTVD) -- A series of online heists is robbing even the most tech-savvy people in the Triangle.

According to the Better Business Bureau, as many as five North Carolina residents -- including three in Raleigh -- are reporting losses totaling $54,145 in schemes targeting investments in digital currencies like Bitcoin.

"I felt violated, I felt really stupid, I felt like I should've known better," Jake St. Peter, a Raleigh web developer, told ABC11. "I can't believe how easy it is."

St. Peter said he first became interested in digital currencies because he saw it as "the future" in money transactions.

Indeed, digital currencies, of which Bitcoin is perhaps the most well-known, has no central bank, and is not traded by any registered brokers.

"In the existing banking infrastructure systems, it takes two-to-three days (for overseas transactions), and there are exorbitant fees attached to that," St. Peter explained. "With Bitcoin, we're talking in a matter of 10 minutes with just a fraction of the cost of typical services like Western Union."

"I saw the potential of its growth being literally what we could never have assumed," St. Peter said.

Without a bank or broker, then, Bitcoin trades are done peer to peer, and St. Peter said he exchanged digital currencies in various social media chat groups.

A few months ago, he received a trade offer from the administrator of one such group, complete with the accurate picture and profile. St. Peter then proceeded to engage in the trade, and would eventually sell some currency worth $7,500.

As time went on, however, St. Peter would follow up and see no return in the exchange, and when he personally followed up with the administrator, he learned that someone had stolen the administrator's identity.

"With our Facebooks and our Twitters and our Instagrams that we're putting out there, we're painting a picture for the criminal to have a good understanding of what's going on and who does what," St. Peter warned. "That's something that needs to get brought back more into the equation is picking up the phone and calling the individual."

Adding to the frustration is the lack of available resources for St. Peter to seek help, including police.

"There's no chargebacks, there's no banks to call, the email, the coins, the currency was sent to his wallet, and he's been able to pull this off," St. Peter noted.

According to the Better Business Bureau, there are five common e-currency/cryptocurrency scams targeting consumers:

To better protect your investment and your identity, the BBB offers the follow tips for using e-currencies.