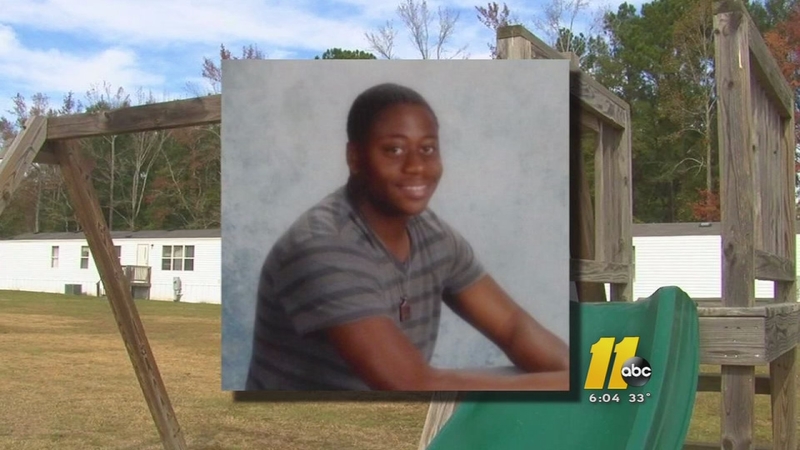 RALEIGH (WTVD) -- In Raleigh Tuesday, the NAACP joined in a family's quest for justice.

Lennon Lacy, 17, was found hanging from a swing set in Bladenboro in August. His mother is now pleading for federal investigators to tackle a case that police have ruled a suicide.

To bring up the term lynching in the South is a reminder of a painful history.

The NAACP has said it hopes that a lynching is not what happened in the case, but the painful history does breed distrust in what local authorities are telling the family did happen on Aug. 29.

"As a mother of a deceased son, I just want to know what happened to Lennon Lee Lacy," said Claudia Lacy.

It's been nearly three months since Lacy's son, Lennon, was found hanged to death on a swing set at a Bladenboro trailer park.

Within days after the teen was found dead in the small town 40 miles south of Fayetteville, Bladenboro police concluded it was a suicide.

Tuesday, the Lacy family came to Raleigh seeking help from the North Carolina chapter of the NAACP to get the answers they say police have been unwilling to provide.

The civil rights group has been careful to not call the teen's death a lynching. However, it's raising the possibility that Lennon may have been a victim of ongoing racial tensions from whites in his community.

The teen was romantically tied to a white woman.

In the family's mind, the possibility Lennon was murdered has not been ruled out.

"What has concerned the family and us has been the local authorities' seemingly impatient, burning desire for easy answers," said N.C. NAACP President Rev. William Barber.

The family insists cop's assertions that Lennon was depressed are wrong. They say the teen was looking forward to playing in his high school football game the same day he was found hanged.

Bladenboro police told the family there was no evidence of foul play. However, questions remain.

Why did no one see Lennon's body hanging until 7 a.m. the next day?

Why was he found wearing white sneakers that he did not own that were two sizes too small when he was so proud of his brand new Air Jordans?

"Evidence in this case, the steps taken by responding officers and investigators failed to meet even the minimum accepted guidelines for death scene investigations," said NAACP attorney Heather Rattelade.