Bonita Hamilton and the return of Broadway's 'The Lion King' 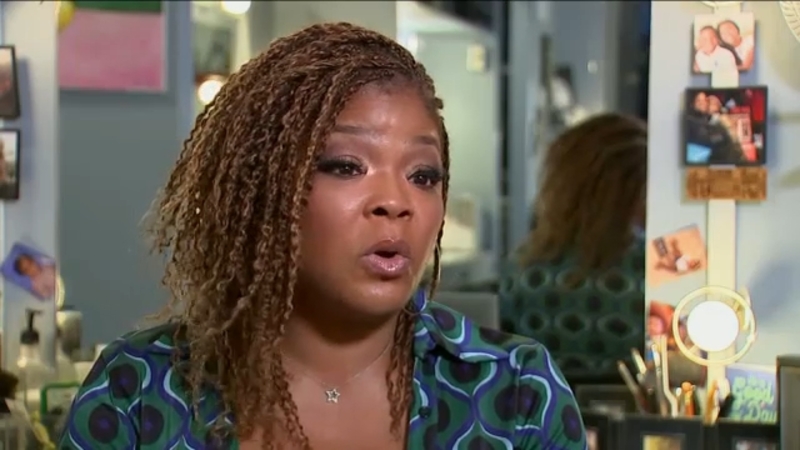 Bonita Hamilton and the return of Broadway's 'The Lion King'

TIMES SQUARE, New York City -- it's been six weeks since "The Lion King" resumed performances after the longest shutdown in Broadway history, due to the COVID-19 pandemic that left the Great White Way in the dark for 18 months.

Protocols are in place to keep everybody safe, but returning to the stage after more than a year and a half was very challenging for all involved.

One longtime member of the cast found that return tougher than she thought it would be.

Bonita Hamilton has played Shenzi in "The Lion King" for more than 16 years, yet she found the long layoff meant she had to work really hard to get back in shape for eight shows a week.

Disney's "Aladdin" returned to the Broadway stage Tuesday night after the show was forced to close due to breakthrough COVID cases.

By the time members of the cast reassembled for their first rehearsal this past summer, Bonita had already faced her first major challenge.

"Losing the COVID weight," she said with a laugh. "The COVID 19 pounds. That was the toughest thing."

The long months of waiting to resume had also taken a mental toll.

"Remembering my show that I've done so long, you know, it was all a fog for whatever reason," she said. "And I wasn't the only one that was struggling with remembering."

Sitting in her dressing room before a recent performance, Bonita said that by opening night, she was ready.

In her dressing room, you'll find photos of her family alongside mementos of a long run -- but also one item that is totally unique.

"This is the commemorative ticket that they gave us for the re-opening of Broadway, and it's something I will always hold near and dear to my heart because I was a part of history," she said. "Something that has never happened. Broadway has never shut down."

Broadway's longest running show, The Phantom of the Opera, made its triumphant return on Friday night.

The veteran performer admitted she was nervous on opening night, but the enthusiasm of the audience carried her through -- then, and during all the evenings since.

"The audience goes crazy," she said. "We hear them, and once we hear them hyped, we get extremely hyped and extremely excited to tell the story."

Bonita uses one word to describe the reaction since September 14: "Magical."

She says there is an electricity in the air before, during, and after each performance.