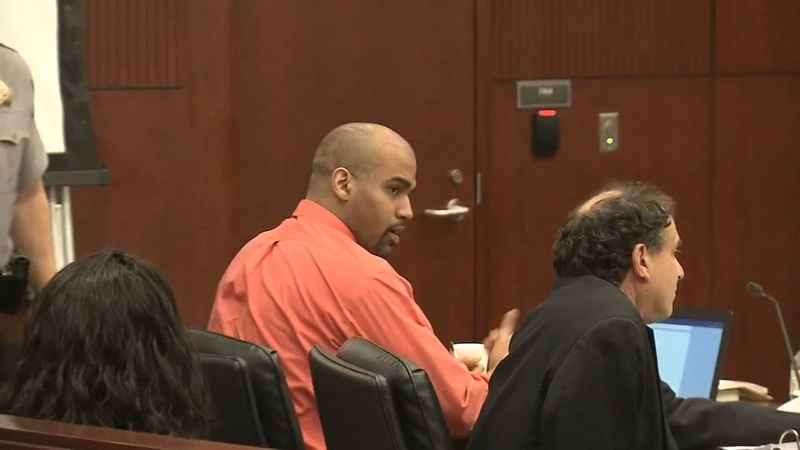 WAKE COUNTY, N.C. (WTVD) -- The fourth day of trial took place Monday for the Cary man accused of keeping his mother's body on ice in her bathtub for nearly a week before confessing to murdering her and his girlfriend in 2015.

On Monday, the court heard from a psychiatrist who said Lee's traumatic upbringing and dependency on alcohol caused him to act impulsively.

At one time, he worked on Wall Street and even modeled for GQ Magazine.

But Dr. Moria Artigues said there was a downward spiral related to his addiction.

She said he was void of feelings and pointed to the confession tape, where he "matter-of-factly" described killing his mom and girlfriend.

"Brandon would become very verbal aggressive, belligerent," said Artigues. "He shut himself down emotionally at an early age. He was able to identify that saying that 'I just felt so hopeless about doing everything. I just decided not to have feelings about it.'"

Lee became agitated by testimony about his mental health and had an outburst in the courtroom.

"l'll be taking the stand," he said while standing to his feet.

The judge ordered him to sit down and remain quiet for the rest of the proceedings.
EMBED More News Videos

EMBED More News Videos
Police arrested him and then recorded a 90-minute video interview in which he confessed. He gave only few details about how he strangled his girlfriend, but he was much more detailed in talking about killing his mother a week earlier the same way at the Cary apartment they shared.