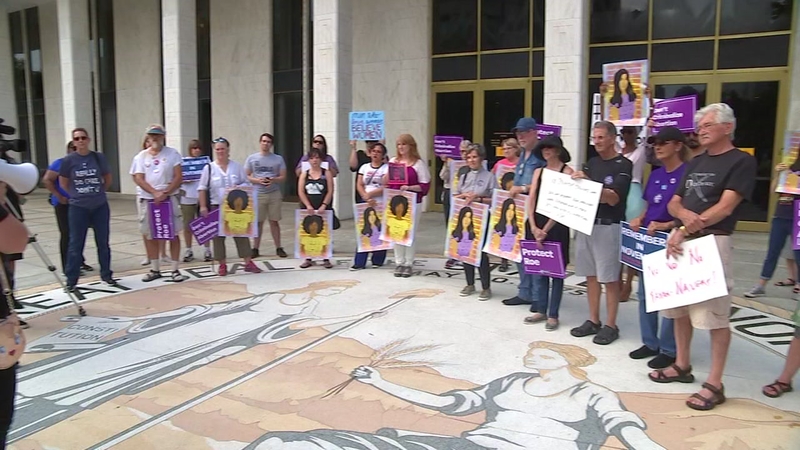 "People have been really turning out all across North Carolina. They've been turning out in front of senators' offices. Even though Senator Burr and Tillis said almost from the get-go that they were going to support this nomination, folks still turned out. We wanted to make our dissent public," said Tara Romano, the Executive Director of NARAL Pro-Choice North Carolina.

The pushback against Judge Kavanaugh's confirmation comes in the face of sexual assault allegations made by three separate women. Kavanaugh has publicly denied all claims made against him.

"I actually wasn't able to watch the testimony live. I had to break it into pieces to digest it, and really process it," said Mclain, who lives in Durham and said she is a sexual assault victim.

Mclain has found support in a group chat with other survivors.

"While there are plenty of people who speak out like Dr. Ford, I think for every 100 people that you hear, there are thousands that you never heard," Mclain said.

Mclain shared the difficulty of coming forward, as well as the legal difficulty such cases face.

"Here in North Carolina, I don't know how big the backlog is - there are several hundred, maybe thousands of rape kits that will never get tested," explained Mclain.

Following Dr. Ford's testimony, the FBI conducted a weeklong investigation, before handing their findings over to the Senate.

While the results of the confirmation vote were all but a foregone conclusion by the end of Friday, that did not prevent people from coming out Saturday afternoon. Many held signs and wore stickers, with two key points of emphasis: support of sexual assault victims and access to abortion.

"We feel like there's a lot of women's experiences being dismissed, and denigrated, and women are not being heard throughout their lives and experiences," said Romano.