No injuries after bridge collapses behind Greyhound Bus Depot in Raleigh 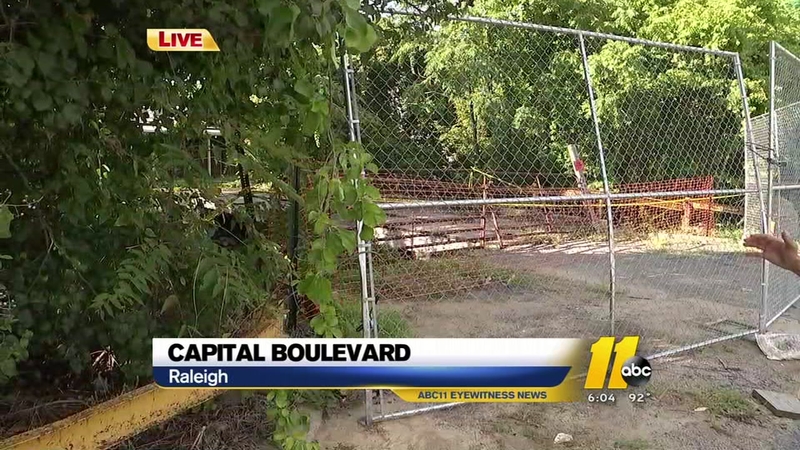 RALEIGH (WTVD) -- First responders swarmed a parking lot off of Capital Boulevard on Friday morning after a bridge collapsed.

The crash happened about 9:20 a.m. just behind the Greyhound Bus Depot in the 2200 block of Capital Boulevard.

A man waiting to hop a bus saw the collapse and called 911.

He told a dispatcher, "There's a bridge that literally just collapsed just now ... The whole bridge just broke in half and just dropped."

EMS, Raleigh Police, and a Hazmat team arrived on scene within minutes.

Officials weren't sure whether anybody was below the bridge trapped or seriously injured.

Officials say the bridge has been out of service and there were gates on either ends, but people were still able to get on the bridge.

Responders went down to the creek and canvassed the area; there was cracked wood and crumbled concrete surrounding them.

"It's particularly dangerous work," said Wake County EMS Assistant Chief Jeff Hammerstein. "You don't know what's stable and what isn't. People still have to move through that some and search it and the slightest miscalculation or movement could cause further collapse and put them in harm's way."

Nobody was found injured and all of the first responders made it out safely.