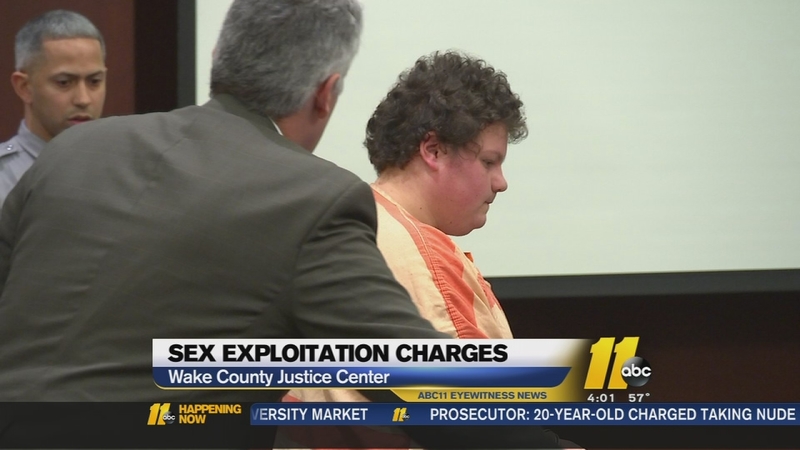 RALEIGH (WTVD) -- A Cary man accused of taking nude pictures of a little girl he was babysitting made a court appearance Monday in Wake County.

Investigators think he might have been getting ready to share those pictures of the 7-year-old on the Internet.

They also say Taylor Seftner, 20, admitted to not only taking photos of the girl, but also downloading other child pornography.

Seftner made an appearance at the Wake County Justice Center where his attorney, Andrew McCoppin, asked the judge to lower his $1.25 million bond.

That's when the district attorney stood to tell the judge that investigators not only found pictures of the girl taken in October when Seftner was babysitting the child, but that the pictures were taken while the child was sleeping.

The FBI with the assistance of Cary police recently searched Seftner's home, where he lives with his mother, in the Farmington Woods Community.

In a subfolder within that folder is where investigators found seven images of the girl, Zellinger said. He also said the photos were taken with Seftner's cell phone.

The prosecutor also said that about a month prior to the October babysitting job, the girl was seen by a doctor for a condition that could indicate a sexual assault.

He said Seftner had also been babysitting the child about that time.

Seftner's family and friends crowded one section of the gallery to show their support. It wasn't clear whether he saw them. His parents and friends would not comment on their way out of the courtroom.

Seftner has been charged with ten counts of sexual exploitation of a minor, but Zellinger said it was likely that more charges could be filed.