'It's definitely a crisis right now': A third of US teens struggling with mental health 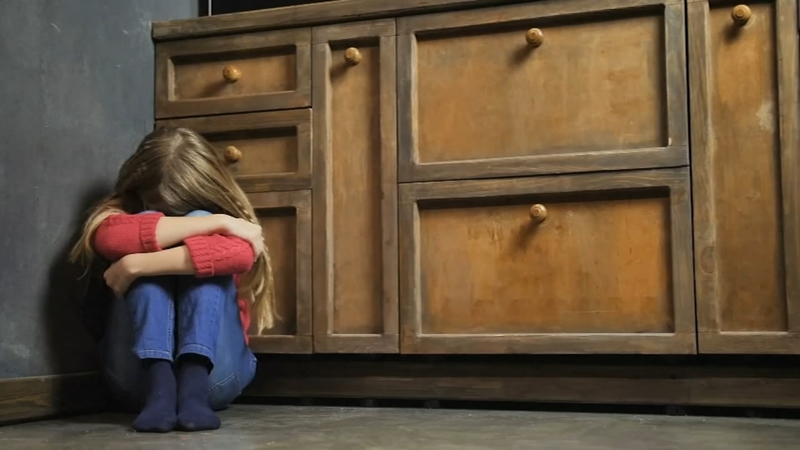 'Definitely a crisis': Third of US teens struggle with mental health

RALEIGH, N.C. (WTVD) -- The Centers for Disease Control and Prevention (CDC) released a nationwide study on the mental health of teens on Thursday.

The study found that a third of high school students struggled with mental health during the COVID-19 pandemic.

The CDC surveyed high school students in 2021 and found 44% of them experienced feelings of sadness or hopelessness and one out of five students seriously considered suicide.

More than half (55%) reported emotional abuse in the home and around 11% reported physical abuse.

LGBTQ and Asian Americans were among the group of kids children particularly hard, according to the CDC study.

He runs a program with NAMI that speaks with teens and kids about mental health and ways to cope with stress. He said simple things like validating children's feelings can have an effect.

"I think it starts out can on a one-to-one basis, taking our children's concerns seriously," Fine said. "Since the beginning of the pandemic, our young people have kind of gotten the short end of the stick and we're going to be seeing the repercussions of isolation, increased stress and, you know, interrupted social dynamics for a long time."

"It's sort of the good news, bad news. We're pleased that there's much less stigma around asking for help and the phones are ringing off the hook. But then the bad news is just the demand is so great. Right now. We're having a hard time keeping up and really meeting the need of what young people and their parents need," said Dr. Kristen Wynns, the owner of Wynns Family Psychology.

While she is able to fit many families in, she said many other locations have long waitlists and there is a need for more providers.

When children and families can't connect with out-patient providers, sometimes the issue escalates to an emergency.

In addition to providers, she said the state needs more specialized and intensive care options and in-patient beds for children. She said sometimes it takes more than double the amount of time, up to five days, to get someone in an inpatient bed.

"There's not enough inpatient psychiatry beds for children adolescents in North Carolina. And we had one of the psychiatry hospitals shut down within the last couple of months as well. So that makes it a lot harder to get folks into inpatient beds," she said. "I think everybody's doing the best that they can with the resources that they've got. There's just not enough."

She said UNC is working on initiatives to better support mental health.

The CDC did find that feelings of hopelessness and suicide attempts were lessened in students who had developed connections at school.

"Youth who felt connected to adults and peers at school were significantly less likely than those who did not to report persistent feelings of sadness or hopelessness (35% vs. 53%); that they seriously considered attempting suicide (14% vs. 26%); or attempted suicide (6% vs. 12%)," the CDC stated.

The findings point to the need for schools to provide safe and inclusive environments for students.

Mental health experts believe this is a step in the right direction but families and the communities will need to continue to come together to combat this crisis.

"I think they're likely still an underestimate some of those sensitive topics like suicide I still think are the hardest for kids and teens and even adults to admit to so that's why I'm a big fan of parents and educators and anybody who has contact with kids to really have those open and honest conversations," Wynns said.

Fine also encourages people to write legislators to encourage them to fund these necessary resources.

"We just need to put our money where our mouth is and doing these things will decrease these numbers. It will decrease you know, the third of kids that are reporting a serious mental health concern," Fine said.

Families can find a therapist by searching: https://www.psychologytoday.com/us