Sheriff: Charges dismissed against Franklin County teen accused of decapitating his mother because he 'felt like it' 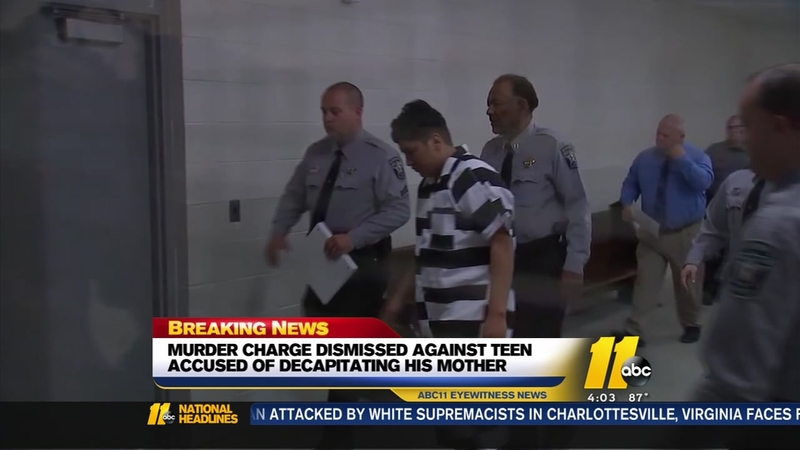 FRANKLIN COUNTY, North Carolina (WTVD) -- According to the Franklin County Sheriff's Office, the charges against Oliver Machado, the teen who allegedly admitted to decapitating his mother because he "felt like it," have been dismissed with leave.

On Wednesday, District Attorney Michael Waters released a statement that said, "The Court, after reviewing the report prepared by mental health professionals at Central Regional Hospital, determined that the defendant did not have the capacity to proceed."

However, if he is found to be capable of proceeding, he will be recharged with first-degree murder.

Machado will be committed to Central Regional Hospital for mental health treatment and further evaluation.

The gruesome murder happened March 6 at a home on Morgan Drive near Stonehill Drive just south of U.S. Highway 64. The area is east of Zebulon - near the Wake County line, in a normally quiet corner of Franklin County.

Franklin County Sheriff's Office Chief of Staff Terry Wright said Machado, 18, called 911 himself and was still on the scene when deputies arrived.

He allegedly told investigators he killed his mother, Yesenia, 35, because "he felt like it."

In May, the Franklin County district attorney decided to not seek the death penalty in Machado's case.