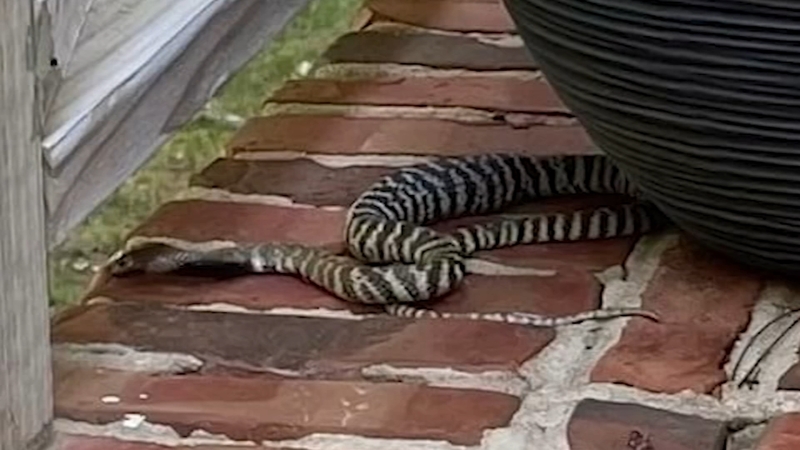 RALEIGH (WTVD) -- The owner of the highly venomous zebra cobra snake that was found at a home in Raleigh at the end of last month and then later captured has been cited.

It states that, if a person owns an exotic venomous snake, the owner must know and have labeled each of its species, know the proper antivenom that would be required for it, have a bite and escape plan, and if an escape does happen -- the owner must notify law enforcement immediately.

According to Raleigh police, his criminal summons included 36 counts of improper enclosures, three counts of mislabeled enclosures and one count of failure to report escape.

Gifford shows off his large collection of exotic reptiles on his TikTok page, where he has a large following.

He posted on Facebook in April saying he was bitten by his own West African Green Mamba. Antivenom from Riverbanks Zoo and Garden in South Carolina had to be rushed to the local hospital in order to save Gifford's life.

Raleigh police previously said that they worked with outside resources to secure the other exotic venomous reptiles that were found in his home.

For days up to the capture of the snake, residents of northwest Raleigh were stepping lightly with their heads on a swivel.