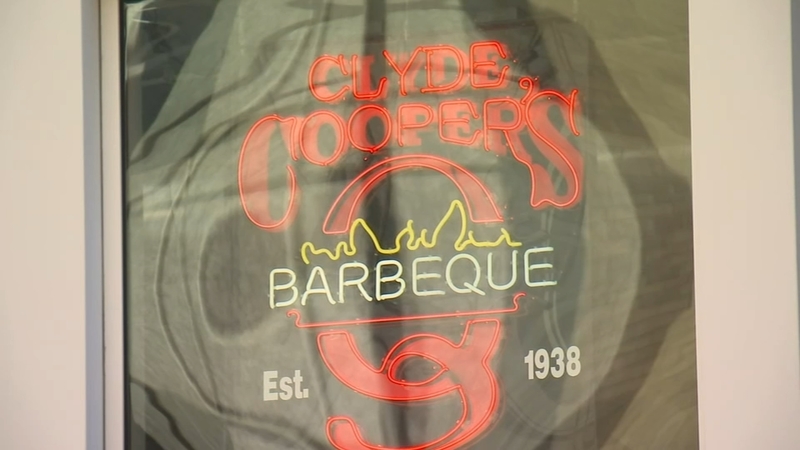 RALEIGH, N.C. (WTVD) -- The boards remain up at Clyde Cooper's BBQ, but the owner has spray-painted much of the plywood to write that the Raleigh institution is again open for business.