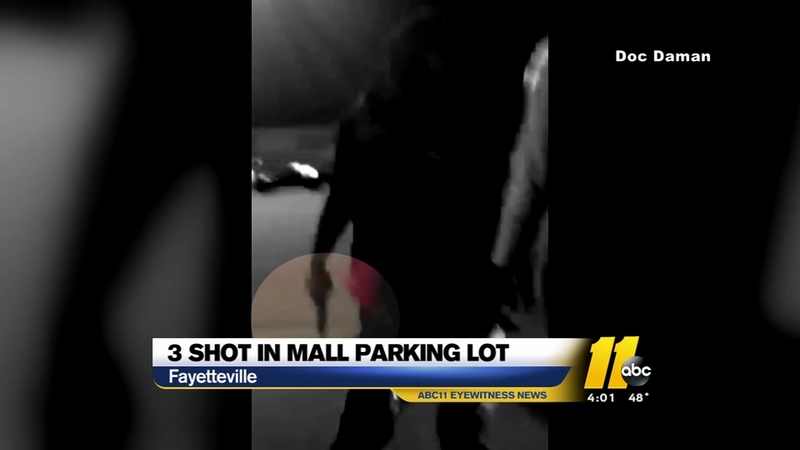 The fight was captured on Facebook Live and police say they have been made aware of the video.

Eyewitness video of altercation and shooting at Cross Creek Mall

One of the victims, 24-year-old Jamil R. McMillian, remains at the hospital in serious condition. Another victim, 33-year-old Rachelle N. Jones has been released. The status of the third victim, 19-year-old Trenton T. Powell, isn't immediately available, according to authorities.

Police say Cross Creek Mall was closed at the time of the shooting and it did not appear to be a random incident.

Two people were taken into police custody for questioning.

Prior to the shooting, the Fayetteville Police Department said it had been working with the owner of Cross Creek Mall to provide additional security measures and uniformed FPD Officers on the property during the upcoming traditional busy shopping weekend.

The mall is slated to open at 6 p.m. Thursday.