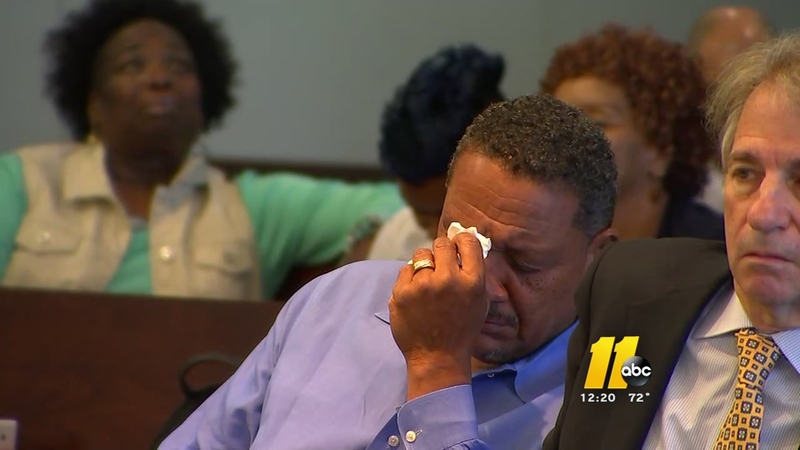 DURHAM (WTVD) -- Durham District Attorney Roger Echols says he will not retry Darryl Howard who was set free Wednesday after spending 21 years behind bars for the murders of a mother and daughter that he says he did not commit.

Howard was convicted in 1995 of strangling Doris Washington and her 13-year-old daughter in 1991. The 54-year-old was serving an 80-year sentence in medium security at a Warren County prison.

Judge Orlando Hudson ordered him freed after hearing testimony on whether evidence could have proved Howard's innocence was withheld by prosecutors and police.

Howard alleged misconduct by police and ex-district attorney Mike Nifong, who was disbarred over the Duke University lacrosse case.

Nifong had been expected to testify at the hearing, but prosecutors decided not to appeal the judge's order tossing the conviction, which meant Nifong did not have to take the stand and cleared the way for Howard to be freed.
Related topics:
durhammurder
Copyright © 2021 WTVD-TV. All Rights Reserved.
TOP STORIES
LATEST: Gov. Cooper to give COVID-19 update at 2 p.m.
19-year-old already in jail charged in double murder at NCCU
TX mother, boyfriend arrested in case of 8-year-old's decomposing body
Burnout, child care costs drive more women out of workforce
Pandemic drinking leads to spike in liver transplants
Official: ISIS-K could be capable of attacking US in 6 months
Show More
Drone food delivery available for some in Holly Springs
Democrats unveil billionaires' tax to help fund Biden's spending plan
Some businesses feel squeezed out by Seaboard Station overhaul
Wake County parent 'elated' vaccine for kids 5-11 closer to reality
Investigators to give update on fatal 'Rust' movie-set shooting
More TOP STORIES News