Troubleshooter: Scammers are now able to change your TV programming 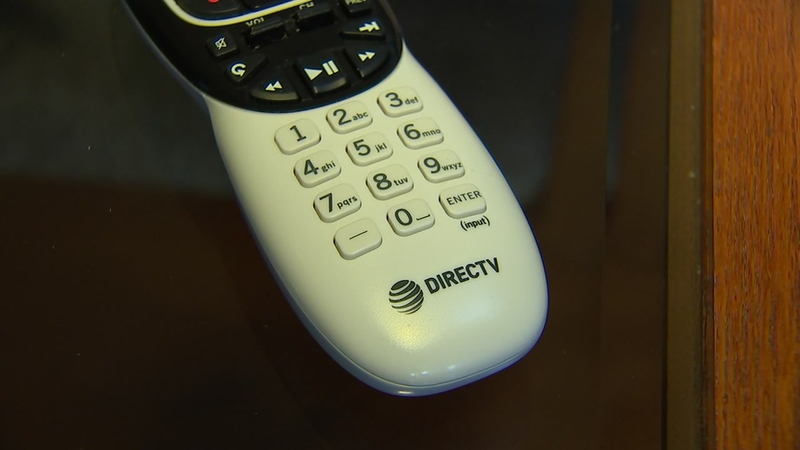 Watch for scammers pretending to be DirectTV

CARY, N.C. (WTVD) -- If you have DirecTV, watch out as customers are telling us that scammers have been able to make changes to their programming and even added premium channels to their service to make it look like they were with DirecTV.

Cary resident Tom Garrett said it happened to him, and it all started with a random phone call.

"He said he was from DirecTV and he offered me a discount on my DirecTV," Tom said.

He said the representative on the line had all of the information from his DirecTV account and offered to lower his monthly triple-play bill.

"The timing on this was also fortuitous, and in fact, my contract is going to be over," Tom said.

To get the deal, Tom said all he had to do was pay in advance for five months of service, but with a catch: he had to pay for it in E-bay gift cards.

"He said E-bay is trying to promote their cards so they got together with DirecTV and this was the way they would promote their cards," Tom said the man told him. That was a big red flag for Tom, but then the representative offered a way to prove his authority.

"If you're skeptical, I'll just activate your premium channels," Tom said he told him. And in less than 10 minutes, Tom said he checked the TV, and it was done.

"He activated the premium the channels, how can anyone activate unless they were inside the company?" Tom said.

So the next day, he went to the store and purchased $425 worth of E-bay gift cards, called the representative back and read the numbers off. He was told he'd now have the full DirecTV promotion.

"The next day I look into my account, and it's not updated," Tom said.

Tom called DirecTV and learned it was all a scam.

It's easy to see how people fall for this, as we called the number that the scammers called Tom from. The recorded option really does sound like DirecTV. When you ask for a customer service rep, the person who answers just asked for Tom's phone number on the account, and confirmed the name on the account.

"He was looking at my account there is no doubt about it," Tom said.

Tom said he questions why DirecTV doesn't do more to protect its customer's accounts.

"They are aware of this, they should have better security," Tom said.

Tom isn't the only customer to fall for this scam. There are several reports of it happening across the country, plus a similar scam happened to Raleigh resident Venita Gatling. In her case, the scammers asked for prepayment in eBay gift cards.

We got in touch with DirecTV, and representative Ann Elsas gave us this statement:

"We continually look for ways to enhance our policies and safeguards to protect against these sorts of scams. If someone calls and demands payment to a company with a prepaid card, it's a red flag. We recommend consumers hang up on these calls. We have an alert about this here.

As for Tom, he's embarrassed that he fell for the scam but wants to warn others, so they don't do the same.

"Intelligent people get caught up on this, they get burned on this," Tom said.

No matter what company you're dealing with, if you have questions about the service, always call the number on your bill, not the one that shows up on your phone.